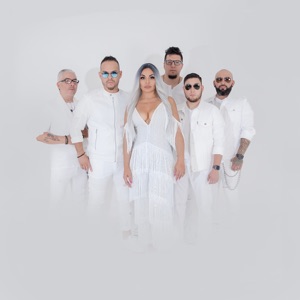 Acerca de Elida Reyna y Avante
Elida y Avante quickly evolved into one of the truly successful Tejano bands. Their first two albums -- Atrevete, released in 1994, and Algo Entero, released in 1999 -- qualified for gold record status and yielded several Top Five singles including "Luna Llena" and "Lagrimas de Amor," which reached the top position on the Americana music charts in 1994. The recipients of Billboard magazine's Revelacion del Año Award, Elida y Avante were named Rising Group of the Year at the TTMA Industry Awards in 1995. A septet, Elida y Avante are centered around vocalist Elida Reyna, who received the TTMA Industry Award as Rising Female Vocalist of the Year in 1995 and 1996 and the Pura Vida Award as Female Vocalist of the Year in 1997 and 1998. The group is rounded out by Cande Aguilar, Jr. (accordion), Noel Hernandez (bass), Leroy Villanueva (drums), Juan Martinez (keyboards), Randy Villarreal (guitar), and Epifanio Martinez (percussion, bajo sexto). Reyna hosted the Pura Vida Awards in 1999 and, at the 1999 Tejano Music Awards, Elida y Avante won "Most Promising Band of the Year." At the 2000 Tejano Music Awards, Reyna won Female Vocalist of the Year, Female Entertainer of the Year, and Song of the Year, with the single "Duele" off the best-of compilation of the same title. The band remained active touring and recording roughly an album a year. In 2005 Reyna and singers Shelly Lares and Stefani Montiel formed Las 3 Divas. Their self-titled album was warmly received; it netted two regional hit singles -- "La Cumbia del Oeste" and "Hey Boy" -- and an invitation to the Armed Forces Entertainment Tour, putting them on military bases across Europe and Asia. rnThe following year, Reyna signed to Freddie Records and released Domingo. The set netted a pair of singles in "Te Espero" and the title track. It was also significant in that it offered an expansion of the Tejano sound to include cumbia and reggaeton, as well as hip-hop and mariachi. 2010's Fantasia won a spot inside the Top 50 of the Hot Latin Albums chart and won a Latin Gammy. At that year's Tejano Music Awards, Reyna won Female Vocalist of the 2000s, and with Avante, Best Song of the 2000s for "Duele." The group continued to record, tour, and dominate the Tejano Music Awards. Significant recordings over the next five years included 2011's Simplemente Eya, 2013's EYA Nation, and 2015's critically lauded, award-winning Adicta. The latter won Album of the Year and Song of the Year for the title track at the annual Tejano Music Awards, and Reyna took home the Female Vocalist of the Year and Entertainer of the Year (extending her total awards to 31). In late 2016, Elida y Avante dropped the single "Nunca Pasa Nada," as well as the track list and cover art for the upcoming Mi Época. Issued early the following year, the recording offered a fusion of Tejano with norteño. It worked, and the record was met with abundant regional airplay in the United States and was celebrated by critics. ~ Craig Harris 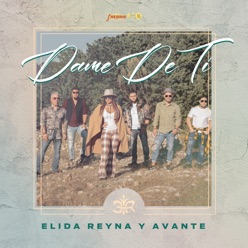 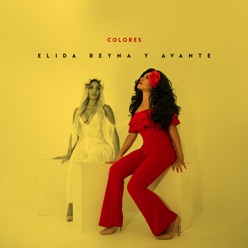 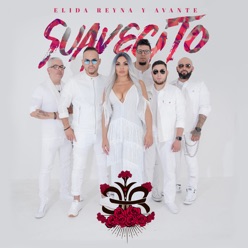