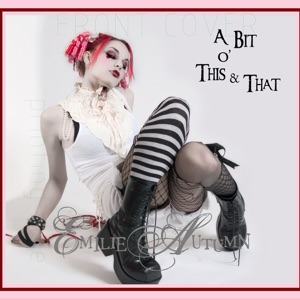 CIUDAD NATAL
Malibu, CA
NACIMIENTO
22 de septiembre de 1979
Acerca de Emilie Autumn
Singer/songwriter and instrumentalist Emilie Autumn is an eccentric, musical marvel who's been shaping her style since the age of two. Born September 22, 1979 to a seamstress mother, Autumn started reading notes before learning the alphabet. By age four, she was playing the violin. Her young life was spent in concert halls across Europe and North America, but Autumn grew bored of formal education before her teenage years set in. She attended the well-respected Colburn School of Performing Arts by her tenth birthday and there, she befriended famed violinist Nigel Kennedy. Under his guidance, Autumn experimented with an improvisational playing style with her piano and violin. She also immersed herself in literature, history, and art as well as medieval, renaissance, and Baroque music. Her unique approach in mixing jazz and electronics impressed Indiana University, which offered her a spot in their prominent music program too, but her stay was brief. A vibrant and rebellious teenager, Autumn was experimenting with fashion and her choice of corsets and combat boots didn't go over with university officials, so she left. However, Autumn continued working. A self-described overachiever -- she scored a classical recording deal before she turned 21, releasing On a Day: Music for Violin u0026 Continuo in 1997 on her own label, Traitor Records -- she played with the renaissance rock group Ravensong, delved into cabaret singing, and released her second album, the "fantasy rock" set Enchant, in 2003. Autumn worked with Courtney Love on the 2004 album America's Sweetheart; while much of her studio work didn't appear on the final album, she did tour with Love as part of her backing band, The Chelsea. Later that year, Autumn also collaborated with Billy Corgan, performing in a string quartet supporting the Smashing Pumpkins leader and Dennis DeYoung on a version of "We Three Kings" and played and sang on the song "DIA" from Corgan's 2005 album, TheFutureEmbrace. Meanwhile, Autumn had begun work on her third album Opheliac, which was released by the German label Trisol in October 2006; that year, she also contributed music to the Adult Swim cartoon Metalocalypse (which also appeared on the following year's The Dethalbum) and released the Liar/Dead is the New Alive EP. Laced/Unlaced, a reissue of her first album paired with an album of instrumental electric violin songs, arrived in 2007, along with the rarities and covers collection A Bit O' This u0026 That. After releasing a pair of EPs in 2008, Autumn moved to The End Records in 2009, who released Opheliac for the first time in the U.S. that year. In 2010, she began work on her fourth album Fight Like a Girl, which was based on her autobiographical novel The Asylum for Wayward Girls; after debuting some songs from the album in concert in 2011 and releasing the Fight Like a Girl/Time for Tea single in early 2012, the album was released that July. That year, Autumn also appeared as Painted Doll in The Devil's Carnival, a film by director Darren Lynn Bousman. ~ MacKenzie Wilson 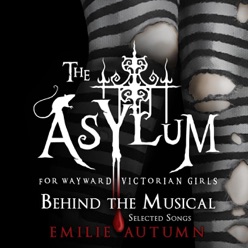 The Asylum for Wayward Victorian Girls: Behind the Musical
2018 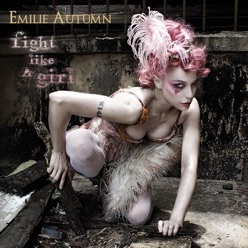 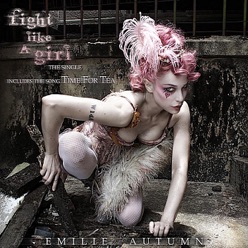