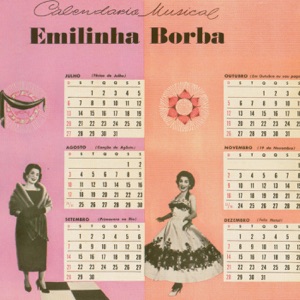 CIUDAD NATAL
Brazil
NACIMIENTO
31 de agosto de 1923
Acerca de Emilinha Borba
At the Rádio Nacional, Emilinha Borba became one of the most beloved and celebrated Brazilian singers nationwide, having been, according to an internal poll, the absolute champion in fan mail for 19 consecutive years, or while the poll lasted (1946-1964). Her passage through the Brazilian radio may very well have represented its biggest moment, when her alleged "rivalry" with Marlene, which existed only as an extremely well-engineered marketing plan, mobilized the two most popular singers of the country in disputes heartily supported by millions of fans throughout Brazil. Her carnival hits became classics and are still celebrated each year: "Pirolito" (1939), "Chiquita Bacana" (1949), "Tomara Que Chova" (1951), "A Água Lava Tudo" (1955), "Pescador Granfino" (1956), "Vai Com Jeito" (1957), "Corre, Corre Lambretinha" (1958), "Mamãe Eu Vou Às Compras" (1959), "Marcha do Pintinho" (1961), "Pó de Mico" (1963), "Marcha do Remador" (1964), "Mulata Iê-Iê-Iê" (1965), "Can-Can no Carnaval" (1966), "A Patroa Me Contou" (1967), "Israel" (1973), "Cordão da Bahia" (1975), and many others. Emilinha Borba was the first singer to commercially record a samba-school samba-enredo, "Brasil Fontes das Artes," by composers of the Salgueiro samba school in 1957. She was also the first singer to record commercially a soap opera music theme, for Jerônimo, o Herói do Sertão (1955), aired through Rádio Nacional (Rio de Janeiro) and later adapted by TV Tupi (Rio de Janeiro). Emilinha was on the cover of the Revista do Rádio magazine more than 50 times and participated in 34 films, the highlights being Poeira de Estrelas (Moacir Fenelon, 1948), Estou Aí (José Cajado Filho, 1949), Aviso aos Navegantes (Watson Macedo, 1950), and Barnabé, Tu És Meu (José Carlos Burle, 1952). She recorded 117 records containing 216 songs between 1939 and 1965, and became one of the most important singers of all time in Brazil.nn Emilinha Borba was born and raised in the Mangueira borough of Rio de Janeiro, which accounts for her deep lifelong connection with that samba school. Frequenting novice shows, she won her first prize at 14, at the Hora Juvenil at Rádio Cruzeiro do Sul, also getting the maximum grade at Ary Barroso's Calouros de Ary Barroso. At the same time, she started as a chorist on Columbia recordings, and formed the duo As Moreninhas with Bidu Reis. After the duo's dissolution a little more than a year later, she was hired by Rádio Mayrink Veiga. In January 1939, she recorded with Nilton Paz the biggest hit of that year's carnaval, "Pirolito" (João de Barro), but her name wasn't credited on the record. In March of the same year, she recorded her first solo album, as Emília Borba, also through Columbia, with "Faça o Mesmo" (E. Frazão/Nássara) and "Ninguém Escapa" (E. Frazão). In the same year she was introduced by Carmen Miranda to the Cassino da Urca's owner, Joaquim Rolas, who hired her (still underage) for the prestigious club. In 1942, she was hired by Rádio Nacional in Rio de Janeiro, leaving the job a few months later. In September 1943, she returned to the cast of the radio station and, during the 27 years in which she worked there, she was its biggest star. Having participated in virtually all shows at that radio, she was nevertheless strongly associated with the most popular one of them all, the César de Alencar show (with whom she recorded several songs). In 1947, she had overwhelming success with the rumbas "Escandalosa" (Djalma Esteves/Moacir Silva), "Rumba de Jacarepaguá" (Haroldo Barbosa), "Tico-Tico na Rumba" (Haroldo Barbosa/Peterpan), and the samba "Se Queres Saber" (Peterpan), a classic. In the next year, with "Já é de Madrugada" (Peterpan/Antônio Almeida), "Telefonista" (Peterpan/Augusto Monteiro), "Esperar por Quê?" (José Maria de Abreu/Alberto Ribeiro), and "Quem Quiser Ver Vá Lá" (Peterpan/René Bittencourt). In 1949, along with one of her biggest hits, the marcha "Chiquita Bacana" (João de Barro/Alberto Ribeiro), she also recorded "Porta-Bandeira" (Nássara/Roberto Martins) and "Tem Marujo no Mar" (João de Barro). After losing the title of Queen of Radio to Marlene in 1949, Emilinha and Marlene recorded the duets "Eu Já Vi Tudo" (Peterpan), "Casca de Arroz" (Arlindo Marques Júnior/Roberto Roberti), and "A Bandinha do Irajá" (Murilo Caldas) in 1950, much to their audiences' confusion. The biggest hit of the Carnival of 1951 was Emilinha's rendition for "Tomara Que Chova" (Paquito/Romeu Gentil). In the '60s, she continued to enjoy much success in the Carnivals with "Pó-de-Mico" (1963), "Marcha do Remador" (1964), and "Mulata Iê-Iê-Iê" (1965), but as young rhythms took the market she became less popular. In 1968, she suffered an infection on her vocal cords and never regained her timbre. Even then, she returned to the artistic scenery in 1972, at a show at the soccer club Clube de Regatas Vasco da Gama (Rio de Janeiro). In 1973, she won the Carnival contest at the Canecão (Rio de Janeiro) with the marcha "Israel" (João Roberto Kelly). In 1990, she celebrated 50 years of making music with a parade in Rio de Janeiro followed by 6,000 people. She also starred in a show during those commemorations at the Teatro Rival, and recorded the LP O Carnaval de João Roberto Kelly Na Voz de Emilinha Borba. ~ Alvaro Neder 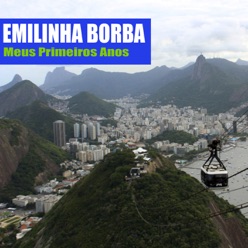 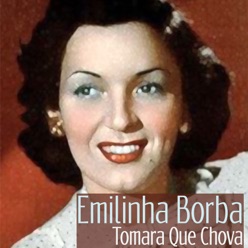 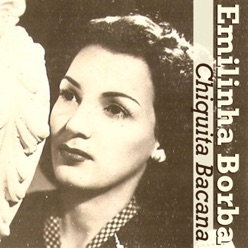