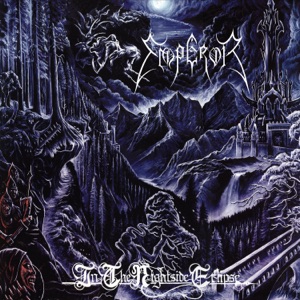 ORIGEN
Notodden, Norway
FORMACIÓN
1992
Acerca de Emperor
When attention first focused on Norway's almost cartoonishly violent black metal scene in the mid-'90s, Mayhem were dubbed its godfathers, but most of the critical accolades were bestowed upon Emperor, whose musical innovations have had more impact on the genre than any other band. Norwegian black metal was rife with anti-Christian sentiment, but Emperor found novel ways of expressing it in their music; while their music could be furious and violent, the group was also influenced by the darkly majestic melodies of Norwegian folk and classical music, which very effectively supported their lyrical subject matter (even if it was frequently unintelligible). Emperor evoked not only Satanic horror, but also the frigid loneliness of bleak Scandinavian winters; additionally, images of pagan nature worship recalled an ancient, idealized pre-Christian past in which Scandinavian culture was one of the world's most dominant (resulting in the sound being tagged "Viking metal" by some). However, even as Emperor's music garnered world-wide acclaim in the heavy metal community, legal difficulties and lineup shifts ensued when a number of bandmembers became involved in the anti-Christian activism and general violence that characterized Norway's underground metal scene at the time.nn Emperor's original lineup featured vocalist/guitarist/keyboardist Ihsahn, bassist Mortiis (who has been credited with the band's initial interest in Norwegian folk), and drummer Samoth; this trio recorded a demo, Wrath of the Tyrant, in late 1992, and soon added drummer Faust (born Bard G. Eithun), with Samoth switching to guitar. The quartet recorded a split EP with the band Enslaved titled Hordanes Land, after which Mortiis was forced to leave the group -- and the country -- for unspecified reasons; he moved to Sweden and pursued a solo career, often appearing costumed as an elf. New bassist Tchort signed on for Emperor's full-length debut, In the Nightside Eclipse, which earned critical praise and an international cult following upon its release in 1994. However, around the same time, Samoth was convicted of arson after burning down a historical wooden church; Tchort was sentenced for burglary, knife assault, and desecration; and Faust was locked up for arson, burglary, and murder, stabbing a homosexual acquaintance 14 times outside the Olympic Park in Lillehammer after the man made a pass at him.nnAfter Samoth's parole, Emperor regrouped with new bassist Alver and former Enslaved drummer Trym. A three-track EP, Reverence, was recorded in late 1996 as a precursor to 1997's acclaimed Anthems to the Welkin at Dusk, which refined and expanded on the accomplishments of the debut. Alver departed afterwards, leaving Ihsahn and Samoth to split bass chores on record; session bassist Tyr and keyboardist Charmand Grimloch began touring with the group to fill the holes. Emperor's third album, IX Equilibrium, followed in 1999, and the following year the group issued its first concert recording, Emperial Live Ceremony. ~ Steve Huey 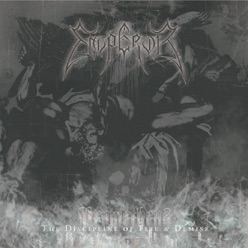 Prometheus: The Discipline of Fire & Demise
2015 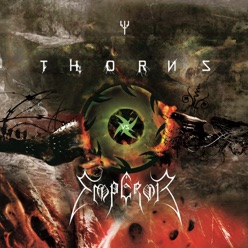 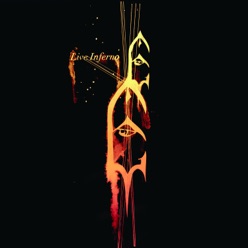