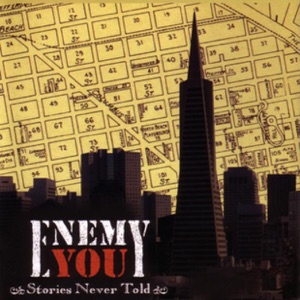 ORIGEN
San Francisco, CA
Acerca de Enemy You
Not liking the trend toward punk that is wimpy, tuneful, and bowing to lost love, San Francisco's Enemy You aims at the edgy, midtempo rockers as punk begins to merge into the mainstream. David Jones (lead guitar and vocals) does most of the songwriting, coming out with songs that have a political flavor such as "Hopes and Dreams," "Awake," "Youth Anthems," and "City of Lost Children." Ken Yamazaki (guitar) and Joe Yamazaki (drums) have been in the lineup since the beginning, with Marc Tamo and Chicken (who also plays in Down in Flames) playing bass and adding vocals. After catching the attention of Ben Weasel, Enemy You first appeared on the four-way split Four on the Floor (alongside Screeching Weasel, Teen Idols, and Moral Crux), released in early January 1999 on Weasel's fledgling Lookout imprint Panic Button before contributing the track "Bedroom Windows" to the compilation Short Music for Short People released that June. The Lookout label released the band's CD Where No One Knows My Name in November 1999. The album combined hardcore and pop with the new punk style of beauty and truth. Only some random compilation appearances and a couple 7"s appeared over the next few years; Ken and Chicken spent time releasing music with Western Addiction. The guys finally resurfaced in 2004 with a new full-length, Stories Never Told, released through local indie Red Scare. By now, Chicken was playing in Dead to Me, and Enemy You comprised Jones, the Yamazakis, and bassist Chris Matulich. Tour dates with bands like the Lawrence Arms and A Wilhelm Scream followed; Enemy You signed to Nitro Records in mid-2005, around the same time that their 1999 album was reissued by Red Scare. ~ Eleanor Ditzel 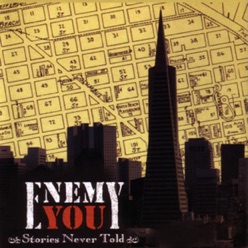 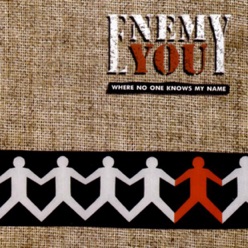