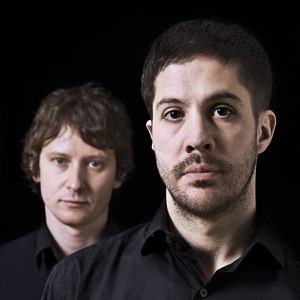 ORIGEN
London, England
FORMACIÓN
marzo de 2003
Acerca de Engineers
The dream pop/shoegazer school of alternative pop/rock reached its commercial and artistic peak in the '90s, but noteworthy shoegazer bands continued to emerge in the 21st century -- and one of them was Engineers (not to be confused with Engineer, a brutal Syracuse, NY-based death metal combo that has recorded for the Metal Blade imprint Black Market Activities). Formed in London, England in May 2003, Engineers have been quite loyal to the dream pop/shoegazer aesthetic of the late '80s and early to mid-'90s; they favor a hazy, ethereal, atmospheric type of sound and have demonstrated that they would rather float than rock. Engineers' direct or indirect influences have included, among others, the Cocteau Twins, Spiritualized, My Bloody Valentine, Slowdive, Ride, and early Lush (that is, the albums that Lush provided before their 1995 recording Lovelife, which found them abandoning shoegazer music in favor of a tougher, edgier, more rockin' and energetic power pop approach). But not all of Engineers' influences are dream pop/shoegazer bands; they have pre-alternative influences as well, including Pink Floyd. And some of Engineers' admirers have pointed out that there are hints of the Beach Boys' harmonies in their work. Engineers have claimed the late soul icon Curtis Mayfield as an influence, although their material isn't overtly Ru0026B-minded.nnConsisting of Simon Phipps on lead vocals and guitar, Dan MacBean on guitar and keyboards, Mark Peters on bass, guitar, and background vocals, and Andrew Sweeney (who has often been listed as simply "Sweeney") on drums and background vocals, Engineers had been together less than a year when they signed with the Echo label (which the Chrysalis Group started in 1994). All four members of the band had grown up in England. Phipps was born on December 29, 1974 in Basildon, Essex, while MacBean was born in September 1973 in Manchester. Peters was born on July 21, 1975 in the Beatles' home town of Liverpool, and Sweeney was born in November 1972 in Ormskirk, Lancashire. Engineers' debut EP, Folly, was released by Echo in September 2004 -- and the following year, Echo put out Engineers' first full-length album (which was a self-titled release). Both Folly and Engineers' self-titled album were well received by dream pop/shoegazer aficionados, and Engineers' fans expected them to come out with a second full-length album sometime in 2007 or 2008. But the London residents ended up parting company with Echo, and fans became concerned about Engineers' future -- especially in light of the fact that bandmembers had been involved in various projects outside of Engineers. In 2009, however, Engineers signed with Kscope Records, a London-based company that is best known for progressive rock -- and even though Engineers aren't progressive rock in the strict sense, the fact that they have some prog influences and appreciate Pink Floyd made Kscope a good fit for them. Kscope released Engineers' second full-length album, Three Fact Fader, in the U.K. in July 2009 and in United States and Canada four months later in November 2009. Not long after the release of this album, it was announced that founding members MacBean and Sweeney were amicably leaving the band and that Phipps and Peters would carry on with a different lineup which included Daniel Land, Matthew Linley, and prominent German electonic artist Ulrich Schnauss. In Praise of More, Engineers' third album and first with the new lineup, was released in the summer of 2010 to a glowing critical reception. Several years and further lineup augmentations would follow before the release of their fourth album. With the band now working as a trio, Peters remained the sole original member on board for 2014's Always Returning which he made alongside Schnauss and Linley. ~ Alex Henderson 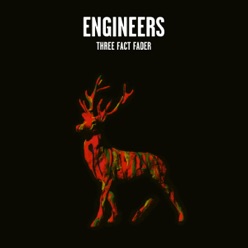 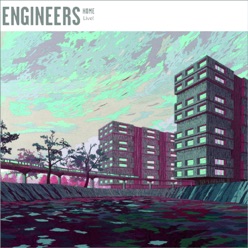 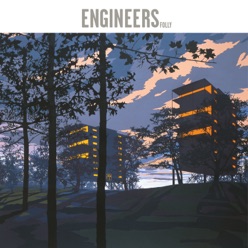