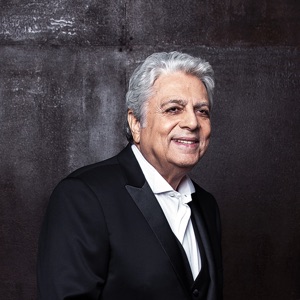 CIUDAD NATAL
Constantine, Algeria
NACIMIENTO
11 de diciembre de 1938
Acerca de Enrico Macias
Enrico Macias drew on the traditions of his native North Africa to become one of the most popular and influential French recording artists of his generation -- a pioneering force in the development of what would eventually fall under the umbrella of world music, he remains a vital link to an Algerian culture decimated by colonial aggression and abuse. Born Gaston Ghrenassia in Constantine, Algeria, on December 11, 1938, he was the product of a Jewish family and at 15 made his professional debut as a guitarist with malouf master Cheikh Raymond Leyris' orchestra. Though something of a child prodigy, Ghrenassia later turned his back on music to begin a new career as a schoolteacher. In the meantime, the Front National de Libération continued its fight for Algerian independence from France, and in time the situation deteriorated into a state of guerrilla warfare -- on June 22, 1961, Cheikh Raymond was shot to death, and with wife Suzy (the bandleader's daughter), Ghrenassia fled to Paris, where he reignited his dormant music career playing contemporary interpretations of classic malouf melodies.nn Dissatisfied with the end result of the experiment, he began writing original songs based on his own experiences as an Algerian refugee. After a series of little-noticed gigs across the cabaret circuit, in 1962 Ghrenassia was hired to headline the Drap d'Or, where he captured the attention of Pathé Marconi label exec Raymond Bernard. His debut single, "Adieu Mon Pays," written in part on the ship that delivered him to France, immediately vaulted the newly rechristened Enrico Macias to fame within the growing Algerian expatriate community, and at year's end he was featured on the television program Cinq Colonnes à la Une.nn After touring in support of Paola and Billy Bridge in early 1963, Macias headlined dates in France, Lebanon, Greece, and Turkey, slowly cultivating an audience outside of the Algerian population. In 1965, he recorded a pair of mainstream pop hits, "Les Gens du Nord" and "Non Je N'ai Pas Oublié," and earned the Prix Vincent Scotto. Live performances in the Soviet Union and Japan followed, as did recording sessions in Spanish and Italian -- in 1968, Macias even headlined New York City's venerable Carnegie Hall, subsequently returning to North America for dates across the U.S. and Canada. Macias' songs were both personal and universal -- while on the one hand he upheld Arab-Andalucian musical traditions and penned lyrics exploring his Jewish faith, on the other hand his adroit fusion of indigenous musics past and present adhered to no genre restrictions, and he preached messages of peace and tolerance applicable regardless of the listener's religion or ethnicity.nn With the 1976 LP Melisa, Macias enjoyed his greatest commercial and critical success to date, launching his classic song "Malheur à Celui Qui Blesse un Enfant." Two years later, Egyptian president Anwar Sadat defied his nation's ban on Jews to invite the singer to perform at the foot of the pyramids, and in late 1981 United Nations Secretary General Kurt Waldheim awarded him the title of "Singer of Peace." Sadat's October 6, 1981, assassination galvanized Macias to write a tribute song in response, and the resulting "Un Berger Vient de Tomber" remains one of his most beloved anthems. In 1986, he composed a different kind of tribute song via "Vivas les Bleus," the official theme of the French World Cup soccer squad.nn French Prime Minister Laurent Fabius awarded Macias the Légion d'Honneur in the spring of 1985, and in the years to follow he continued touring some of the most troubled regions of the globe, playing dates in Israel and Korea in support of his 1988 international smash, "Zingarella." After completing the 1991 album Enrico, Macias announced his first extended hiatus from recording and touring, and the following spring co-starred in the theatrical drama Quelle Nuit. Music was again his focus in the years to come, however, and in 1995 he scored a novelty hit with "Et Johnny Chante l'Amour," a reggae-inspired tribute to French rock legend Johnny Hallyday. In 1997, United Nations General Secretary Kofi Annan nominated Macias for the title of "Ambassador at Large for Peace and Protection of Children." Two years later, he headlined the Festival of the Printemps de Bourges with a tribute to his own childhood mentor, Cheikh Raymond, reviving the Jewish-Arab music of Algeria's increasingly distant past.nn In the spring of 2000, Macias generated widespread controversy when he announced plans to return to Algeria for a series of live performances -- though supported by Algerian legislators, the tour was ultimately scrapped because of security concerns, forcing the singer to channel his energies into the memoir Mon Algérie instead. Son Jean-Claude Ghrenassia produced his next LP, 2003's Oranges Amères, a return to the Middle Eastern-inspired atmospheres and rhythms of his earliest output. An extensive tour yielded the concert LP Live à l'Olympia 2003, and in late 2005 Macias starred in the French telefilm Monsieur Molina. A new album, La Vie Populaire, coincided with the project's spring 2006 broadcast premiere. ~ Jason Ankeny 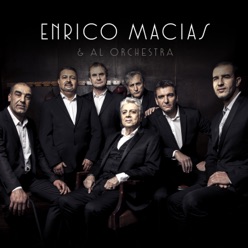 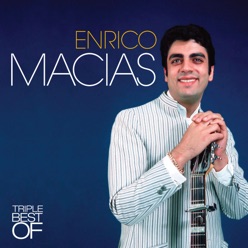 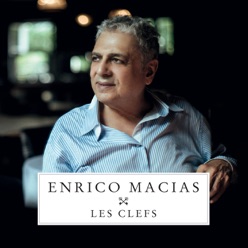