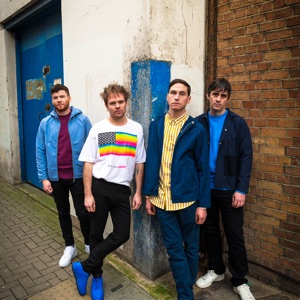 ORIGEN
Hertfordshire, England
FORMACIÓN
2003
Acerca de Enter Shikari
Post-hardcore outfit Enter Shikari formed in Hertfordshire, England in 2003 from the remnants of the group Hybryd, whose original lineup comprised vocalist Rou Reynolds, guitarist Liam "Rory" Clewlow, bassist Chris Batten, and drummer Rob Rolfe. In June 2003, Enter Shikari issued the demo EP Nodding Acquaintance, which they sold at gigs and via their website. The success of two additional self-released EPs, Sorry, You're Not a Winner and 2004's Anything Can Happen in the Next Half Hour, further developed their growing fan base and cemented the band's decision to go it alone, rejecting the overtures of major labels. As Enter Shikari continued their relentless live schedule, they also embraced the social networking website MySpace, and in 2006 secured a spot at the Gibson/MySpace stage at the annual Download Festival. That same summer, the group founded its own record label, Ambush Reality, and issued the digital-only single "Mothership." At year's end, Enter Shikari were just the second unsigned band to sell out the famed London Astoria.nn In March 2007, they issued their first proper LP, Take to the Skies, which entered the British Top Five on the strength of the smash single "Anything Can Happen in the Next Half Hour." In April of 2009 the single "Juggernauts" announced the coming of their second album, Common Dreads, which appeared in June of that year. The band set out on tour at home and abroad before settling down in Bangkok, Thailand to work on new material with producer (and former Sikth guitarist) Dan Weller in 2011. Their third album, A Flash Flood of Colour, was released in early 2012. They returned to the studio with Weller after a heavy touring schedule in 2013 to work on new material for their fourth studio album. During the recording process they joined the Warped Tour, as well as appearing on the bill for the Reading and Leeds Festivals in 2014. Toward the end of the year, the four-piece announced the release of The Mindsweep, which arrived in January 2015. At the end of 2015, the group recorded the Live and Acoustic from Alexandra Palace EP in a seldom seen part of the legendary London venue, before their full "arena show" in February of 2016. A recording of the show was released at the end of 2016, featuring 16 of Enter Shikari's hits drawn from their back catalog. To close out the year, they released two stand-alone singles, "Redshift" and "Hoodwinker," before calling an end to the Mindsweep era of the band. Early 2017 saw them play an extensive European tour, in part to mark the tenth anniversary of their debut album, Take to the Skies. As the tour drew to a close with a headlining show at the Slam Dunk Festival, they released the lead single from their new album; "Supercharge" demonstrated a change in direction by including elements of grime and a guest appearance from London MC Big Narstie, indicating that a broader mix of electronic genres would be featured on the album. The resulting LP, The Spark, arrived later that September. ~ Jason Ankeny 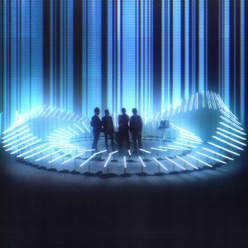 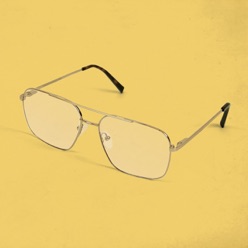 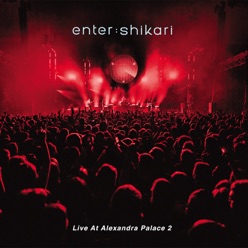