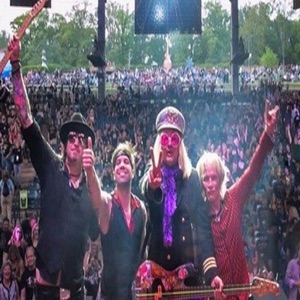 ORIGEN
Chicago, IL
FORMACIÓN
1984
Acerca de Enuff Z'nuff
If there is such a thing as false advertising in rock u0026 roll, then Enuff Z'nuff is one of its textbook examples. Packaged in garish peace-glam attire by their record company, the group was wrongly lumped in with the disposable pop-metal bands of the late '80s (Poison, Warrant, etc.) rather than appreciated for the truly gifted power pop act that they were. By the time they finally managed to shed their deceptive camouflage, it was much too late to turn public opinion, or their fortunes, around.nnMusical soul brothers Donnie Vie (guitar and vocals) and Chip Znuff met in Chicago in 1984 and quickly set about writing songs together. Their relationship proved extremely fruitful and in less than a year the duo had recruited guitar player Gino Martino and drummer B.W. Boski, named themselves Enuff Z'nuff, and begun shopping around a full-length demo called Hollywood Squares to the major labels. Obtaining a contract proved more difficult than they expected, however, and it was only four years later, and after the arrival of virtuoso guitarist Derek Frigo and drummer Vikki Foxx, that the band finally signed a deal with Atlantic Records subsidiary Atco.nnReleased in August 1989, Enuff Z'nuff's self-titled debut scored a couple of quick hit singles with "New Thing" and "Fly High Michelle," but the frustrated bandmembers found themselves receiving more attention for their over the top, brightly colored, peace sign-infested wardrobe than their superlative hard rock songs. By the time they unleashed 1991's Strength album, they had noticeably toned down their image and turned up their creative ambitions to deliver a masterful '90s take on the crunchy power pop sound of Cheap Trick and Badfinger. America's new alternative rock regime was not impressed, however, and their dismissal from Atco due to disappointing sales coincided with a growing rift with guitarist Frigo. And though they were quickly snapped up by Arista Records, drummer Foxx would leave abruptly for the greener pastures of former Mötley Crüe vocalist Vince Neil's solo band as soon as the sessions for their third album, Animals with Human Intelligence, were completed. When this third effort tanked with consumers as well, Arista also shut its doors and Frigo quit for good.nnVie and Znuff hit rock bottom in 1994. With no record deal in sight and wallowing in deepening drug addiction, they decided to re-release their original 1985 demos as the next Enuff Z'nuff album, simply calling it 1985. Containing liner notes penned by the "King of All Media" himself, Howard Stern (by all accounts a rabid fan), the album proved a godsend, doing enough business domestically and in Japan (remember, production costs were negligible) to pad the band's coffers and get the boys back on their feet. It also allowed them to record two new albums in 1995: an official release for Mayhem Records called Tweaked (featuring original guitarist Martino and drummer Ricky Parent) and the Japan-only Chip u0026 Donnie: Brothers -- later re-released stateside in 1997 as Seven. In between, Enuff Z'nuff recorded 1996's Peach Fuzz as a trio following Martino's departure, then released the retrospective Live in 1998. Guitarist John Monaco joined the group in time for 1998's Paraphernalia (which was released by Spitfire Records, along with most of the band's late-'90s output) and stayed on through 2000's 10.nn Unfortunately, this unusual spell of relative stability would not last for Enuff Z'nuff. Following the release of their 11th studio album, Welcome to Blue Island, by the Dream Catcher label in 2002, Donnie Vie quit to pursue a solo career in Los Angeles, leaving Chip Znuff and a number of henchmen to carry on and tour sporadically as a trio. Then, just as reunion discussions with former members Derek Frigo and Vikki Foxx were getting under way, Enuff Z'nuff's already shaky constituents were dealt another devastating blow on May 29, 2004, when Frigo was found dead from an accidental drug overdose outside his girlfriend's apartment in L.A. The band had just finished recording ?, which was eventually released in November 2004 on the Pony Canyon label. A live album, Tonight, Sold Out, dropped in 2007, followed in 2009 by a new studio LP, Dissonance, which heralded the return of Donnie Vie -- the reunion lasted until 2013, with Vie once again heading out to do his own thing. In 2016 the band and Frontiers Records issued Clowns Lounge, a largely archival collection of material taken from recording sessions from 1988-1989. ~ Eduardo Rivadavia 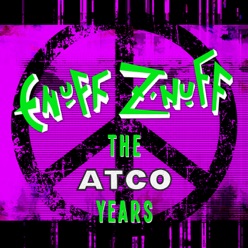 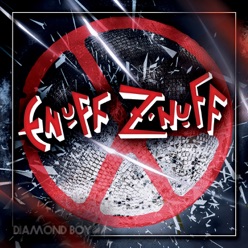 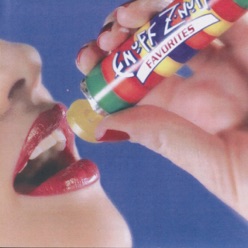