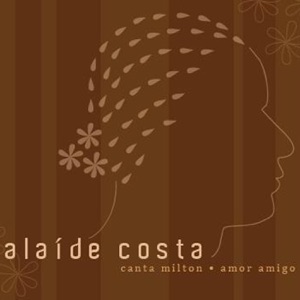 CIUDAD NATAL
Brazil
NACIMIENTO
8 de diciembre de 1935
Acerca de Alaíde Costa
Alaíde Costa is an important interpreter who had great success in the '60s. Her obstinate adherence to her delicate style, especially suited to the sensitive Brazilian genre modinha, made her be put aside by the cultural industry and she remained forgotten by the masses until her reappearance in Milton Nascimento's Clube da Esquina. She has been performing and recording erratically, but always with a high standard of quality in her dense interpretations. As a composer, she wrote music and lyrics for Afinal, and had partnerships with several important creators, such as Vinícius de Moraes and Geraldo Vandré. rnShe began to sing in juvenile radio shows and at 13, she won a contest promoted by Paulo Gracindo on his show Seqüência G3 at Radio Tupi RJ, as the best young singer. In the next year, she participated in the Arraia Miúda show, by Renato Murce, on the important Radio Nacional. From 1952 on, she took part in the novice shows A Hora do Pato and Pescando Estrelas, the latter presented by Ary Barroso by Rádio Clube do Brasil. Her first stage shows were at the Dancing Avenida, a popular gafieira, where the important Brazilian music style was being coined in the same place where the careers of many important singers like Ângela Maria and Elizeth Cardoso began. She was then hired by Rádio Clube and in 1957, she recorded her first 78 rpm, Tarde Demais, and was awarded as Revelation of the Year for the record. In the same year, Costa released another 78 rpm with "Conselhos" and "Domingo de Amor" (also through Odeon). João Gilberto heard her and tried to attract her to the bossa nova movement that was underway. He succeeded in having her included the bossas "Chora tua Tristeza," "Sem Você," "Estrada Branca," "Lobo Bobo," and "Minha Saudade" on her opening LP (Alaíde Canta Suavemente) at RCA, the label to which she moved in 1958. At that time, she was busy performing live in Rio when she got a major break at the 1960 Festival Nacional da Bossa Nova in São Paulo. The success yielded her hiring as co-host on a TV Tupi show with Geraldo Vandré and Carlos Lyra. She married two years later and moved to São Paulo, where she was definitively consecrated in 1964 on the historic show O Fino da Bossa at the Teatro Paramount. Her presentation of the song "Onde Está Você" (Oscar Castro-Neves/Luverci Fiorini) was so acclaimed that it yielded her a two-year contract with TV Record. At the peak of success, she opened a season at the Santa Rosa Theater in Rio, participated in the I Festival Universitário for TV Tupi, and performed Renaissance songs at the show Alaíde alaúde at the solemn Teatro Municipal in the city of São Paulo, with conductor Diogo Pacheco. In 1966, her hearing problems and a lack of interest in her delicate style made her slow down her artistic career. She would only return to participate in Milton Nascimento's Clube da Esquina's album. The song "Me Deixa em Paz" became a hit and propelled the selling of that album. She also performed with Nascimento at the Teatro Teresa Raquel and Sala Cecília Meireles in Rio. In 1972, she returned to the recording sessions with two singles and, in the following year, a second LP (Alaíde Costa u0026 Oscar Castro-Neves). She recorded another single in 1974 and one more the following year. In 1976, she recorded the LP Coração for Odeon. In 1982, Costa recorded Águas Vivas independently and in 1988, she recorded Amiga de Verdade with several important guest interpreters such as Milton Nascimento and Paulinho da Viola. In 1991, she opened two shows of national expression, Coração Violão (with Paulinho Nogueira) and Alaíde Costa canta Tom Jobim. In 1994, she performed accompanied by classical pianist João Carlos Assis Brasil in a live recorded concert released by Movieplay. The next year, together with João Carlos, she recorded Alaíde Costa e João Carlos Assis Brasil (WEA), which was released in Brazil and France. In 1997, she performed in the cultural project Rumos Musicais, in São Paulo. BMG reissued a compilation of her first three LPs. ~ Alvaro Neder 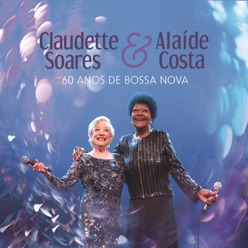 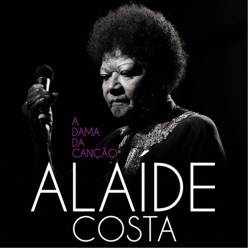 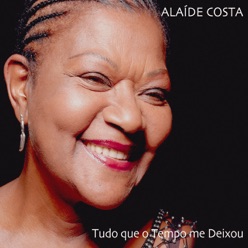