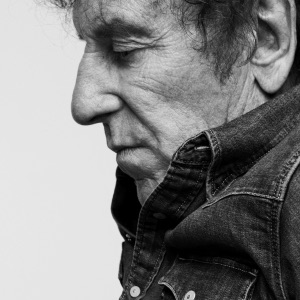 CIUDAD NATAL
Casablanca, Morocco
NACIMIENTO
27 de mayo de 1944
Acerca de Alain Souchon
Widely considered the godfather of contemporary French pop, singer/songwriter Alain Souchon captured the precarious masculinity of postmodern man with uncommon tenderness and whimsy. Often working in partnership with composer Laurent Voulzy, his music explored themes both personal and political with poetic grace, firmly establishing its creator as the spiritual heir to the traditions of Jacques Brel and Georges Brassens. Born Alain Kienast on May 27, 1944, in Casablanca, Morocco, he was raised in Paris from the age of six months onward. A shy, deeply introspective child, he retreated further into his shell in 1959, when the family suffered an automobile accident that left his father dead. While their mother published pulp romance novels to keep the family afloat, Alain and his siblings moved in with their grandmother, whose habitual radio listening introduced him to the great artists of France's chanson past. In 1961, he was sent to London to study at the Lycée Français but fared poorly, writing poetry and prose while ignoring his academic workload. Souchon nevertheless remained in London, working as a bartender before returning to Paris, where he began learning guitar and writing songs influenced by Britain's new generation of rock u0026 roll bands. After years playing small clubs on Paris' Left Bank, Souchon finally landed a record deal in 1971, issuing his debut single, "Je Suis un Voyageur," on the Pathé Marconi label. Two additional releases followed, both of them meeting the same grim commercial fate that befell their predecessor, and the contract was swiftly terminated.nn Souchon's songs nevertheless captured the attention of RCA Au0026R director Bob Socquet, who in 1973 encouraged him to submit "L'Amour 1830," a song he'd written for Italian singer Frédéric François, to Antibes' annual Rose d'Or competition. Souchon performed the composition himself and won the critic's prize and a special press prize. Even more significantly, by year's end he began working with composer Laurent Voulzy, like Souchon a frustrated singer/songwriter whose gifts as a composer perfectly complemented his new partner's skills as a lyricist. In 1974 Souchon and Voulzy issued their debut LP, J'ai 10 Ans, scoring their breakthrough hit with the title cut. A year later, Bidon cemented their new star status, earning widespread critical acclaim as well. While 1977's Jamais Content launched Souchon's signature song, "Allô Maman Bobo," the duo also scored with the Voulzy solo single "Rockcollection," and in the years to follow their solo careers both flourished, each collaborator balancing the strengths and weaknesses of the other. Souchon's 1978 effort Toto 30 Ans proved his darkest, most disillusioned collection to date, but the singles "Le Bagad de Lann Bihoue" and "Papa Mambo" were nevertheless massive chart hits. The album also contained "L'Amour en Fuite," commissioned by filmmaker François Truffaut as the title theme for his feature of the same name. Following 1980's Rame, Souchon made his debut in front of the camera, co-starring in the Claude Berri film Je Vous Aime and playing the same kind of fragile, haunted character he first introduced with his music.nn Souchon continued his infatuation with cinema throughout the early '80s, co-starring opposite Yves Montand and Catherine Deneuve in the 1981 Jean-Paul Rappeneau hit Tout Feu Tout Flame and earning critical raves for his work alongside Isabelle Adjani in 1983's L'Eté Meurtrier. Only in the autumn of 1983 did Souchon release a new LP, On Avance, an album with but one collaboration with Voulzy, "Saute en l'Air." They nevertheless resumed their collaboration in full soon after, retreating to Brittany and Saint-Tropez to co-write Souchon's 1985 follow-up, C'est Comme Vous Voulez, which scored the hit "La Ballade de Jim." After a double-bill tour with Véronique Sanson, he returned to film with 1987's Jacques Doillon-directed Comédie, co-starring Jane Birkin. In the summer of 1989, Souchon headlined a month-long stint at Paris' prestigious Théâtre des Champs-Elysées in support of his newest LP, Ultra Moderne Solitude. "Quand Je Serraise KO," written in tandem with Voulzy, later earned Victoires de la Musique honors as song of the year. Souchon next resurfaced in 1993 with the critical and commercial smash C'est Déjà Ça, an album highlighted by its lead single, "Foule Sentimentale," which quickly emerged as something of a contemporary French standard. The following February, he earned Victoires de la Musique awards in the categories of Best Song of the Year and Best Male Artist, and that fall headlined three sold-out performances at the Zenith, the subject of the live release Défoule Sentimentale.nn Souchon and Voulzy next teamed with their respective sons Pierre and Julien (who previously collaborated in the pop group Les Cherche Midi) to contribute material to a 1994 benefit album assembled for the children's AIDS charity Solidarité Enfants Sida. Souchon also toured in honor of the charity, additionally performing at two benefit gigs for the organization Restaurants de Coeur. His next official album, Aux Ras des Pâquerettes, appeared in 1999, and a year later he launched a 140-date tour that extended into 2001, quickly followed by a brief acoustic trek. Souchon turned 60 in 2004, and his pace seemed to slow in the months and years to follow. In February 2005, upon the 20th anniversary of the Victoires de la Musique awards, he received a special Victoire honor celebrating the continued popularity and influence of "Foule Sentimentale," and that autumn released La Vie Theodore, a concept album inspired in part by French geographer Théodore Monod.nnSouchon's next album Ecoutez doù Ma Peine Vient, released in 2008, was notable not only for the relative swiftness with which it arrived, but also for the near-total absence of Laurent Voulzy, who was busy working on his own 30th anniversary celebrations. Souchon ended up writing most of the music on the record by himself, aided on a couple of songs by his son Pierre. After a large-scale tour which was recorded for the live album Alain Souchon Est Chanteur, he went back into the studio -- once again without Voulzy, who was making a solo album -- to record an album of cover versions from his youth, A Cause d'Elles, which was released in 2011. ~ Jason Ankeny 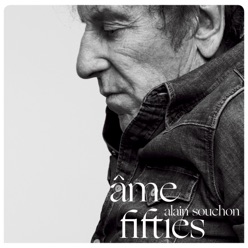 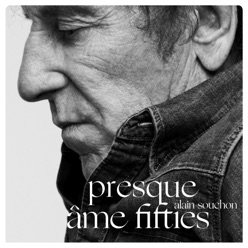 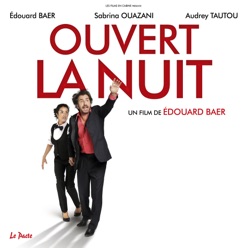