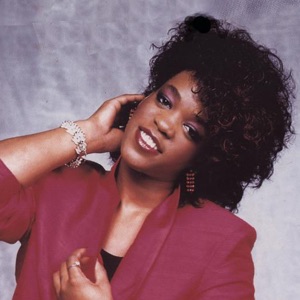 CIUDAD NATAL
New York, NY [The Bronx]
NACIMIENTO
1 de julio de 1960
Acerca de Evelyn Champagne King
Ru0026B singer Evelyn "Champagne" King came to fame during the disco era and remained prominent through much of the '80s with over two dozen charting singles. Born July 1, 1960, in the Bronx, she had a showbiz lineage. Her uncle was actor/singer/dancer Avon Long, who first played Sportin' Life in the play Porgy and Bess and later starred in the '70s play Bubblin' Brown Sugar. Her father, Erik King, was a singer and often augmented groups that appeared at New York's Apollo Theater. By her teens, King had relocated to Philadelphia with her mother, and began singing in several groups. For a teenager, King's voice was quite mature. Many at first thought she was a grown woman.nnWhile working one night at Philadelphia International Records' recording base, producer T. Life overheard some tantalizing vocals coming from a washroom. There he discovered 16-year-old Evelyn King and her mother, who were doing cleaning work. Signing the singer to a production deal and a contract with RCA, Life's first single with her was "Dancin' Dancin' Dancin'," but it was a later single, called "Shame," that gave her career-launching success. The extended mix gained significant club and radio play and pushed the song into the Top Ten on the Ru0026B and pop charts by spring 1978. The follow-up, "I Don't Know If It's Right," also went gold, peaking at number seven Ru0026B, number 23 pop in fall 1978. The parent album, Smooth Talk, reached number 14 on the Billboard 200 and went gold.nn After two more LPs made with T. Life, Music Box (1979) and Call on Me (1980), King teamed with the trio of Kashif, Paul Lawrence, and Morrie Brown for I'm in Love (1981) and Get Loose (1982). Each album featured a number one Ru0026B hit, namely "I'm in Love" and "Love Come Down." Although she continued to record for RCA with a number of accomplished producers, including the System, Leon Sylvers III, and René u0026 Angela, she did so with diminishing commercial results. She subsequently signed to EMI-Manhattan, where she released Flirt (1988), which included the tender ballad "Kisses Don't Lie," along with a cut recorded with Evan Rogers and Carl Sturken, a duo who later facilitated the rise of Rihanna. The Girl Next Door (1989) continued a long-term association with Sylvers, along with some tracks recorded with house producers Marshall Jefferson and Ten City, but was a failure sales-wise.nn King continued to perform but recorded only one album during each of the two decades that followed. I'll Keep a Light On (1995) was released on the U.K.-based Expansion label, and Open Book (2008), on which the singer was joined by the likes of Preston Glass, Narada Michael Walden, and Jerry Hey, was issued independently in the U.S. During the late 2000s and early 2010s, all of her studio albums through Flirt were reissued on compact disc, and there were anthologies of varying scope, including Action: The Evelyn "Champagne" King Anthology 1977-1986 (BBR, 2014), the download/streaming-only The Essential Evelyn "Champagne" King (Legacy, 2015), and The Complete RCA Hits and More (Real Gone, 2016). ~ Ed Hogan u0026 Andy Kellman 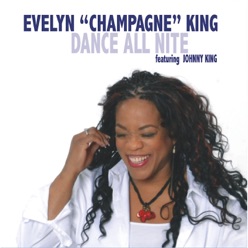 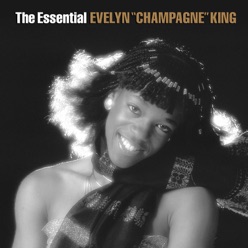 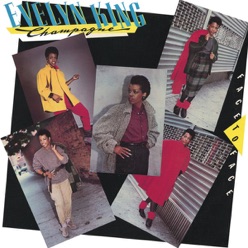