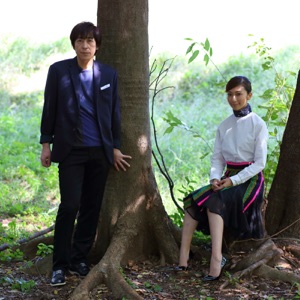 Acerca de Every little Thing
Along with TRF and Globe, Every Little Thing is the band that defines late-'90s Japanese pop. Like Globe, Every Little Thing is in the classic J-pop mould, with a youthful-looking female vocalist backed by seasoned musicians. Originally a three-piece featuring vocalist Kaori Mochida, songwriter/keyboardist/programmer Mitsuru Igarashi, and guitarist Ichiro Ito, the band has operated as a duo since Igarashi's departure in 2000. To date, ELT have notched up three million-selling albums, 25 Top Ten singles, and 14 top albums (including best-of compilations and remix albums). While a producer for the record label Avex Trax, Igarashi had already decided to form his own group, in which he would compose and play synthesizers, when he came across Mochida, who was at the time a vocalist for the Morning Musume-like all-girl idol group the Kuro Buta All-Stars. Guitarist Ito was originally only supposed to lend a hand on recordings temporarily, but decided to become a permanent member when Every Little Thing's debut's single, "Feel My Heart," was a success, selling more than 100,000 copies upon its release in summer 1996. But the trio truly arrived the following year with their third single, "Dear My Friend." Even the fact that the song appeared to borrow a riff from Europe's "The Final Countdown" didn't prevent it from entering the Top Ten of the Oricon charts and selling almost half-a-million copies. The song contained all the ELT trademarks: Mochida's strident vocals, less high-pitched than many of her J-pop contemporaries; Igarashi's synth-led, dance-pop backing, and an over-the-top guitar break from Ito.nnThese three elements were also all over ELT's debut album, Everlasting, which sold two-million units. By the time it had slipped out of the charts more than a year later, ELT were already primed for their second -- and even more successful -- album, Time to Destination. Both their debut and Time to Destination were full of catchy J-pop melodies, slick AOR production and predictable key changes, and with the likeable Mochida fronting the band, ELT quickly found an audience among teens and twenty-somethings. Many wrote the band off when songwriter Igarashi left the group following the release of third album Eternity in 2000, but ELT's first album as a duo of Mochida and Ito, 4 Force, (2001) was no flop. With Mochida now penning the lyrics and Ito writing the music, the album saw ELT largely ditch the synth pop for acoustic-based soft rock. Igarashi meanwhile would go on to produce Day After Tomorrow and ELT-soundalikes Dreams Come True. A sign of ELT's enduring popularity with the masses was their regular appearance on the state broadcast NHK's flagship end-of-year music contest Kohaku Uta Gassen, which traditionally honors the year's best-selling artists. The band appeared on the television show every year from 1997-2004.nnIn 2006, ELT marked their tenth anniversary by releasing the single "Swimmy," the album Crispy Park, and a compilation of the band's videos on DVD, The Video Compilation IV. ~ David Hickey 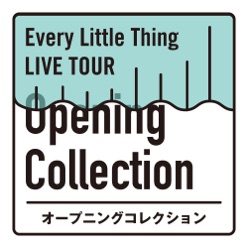 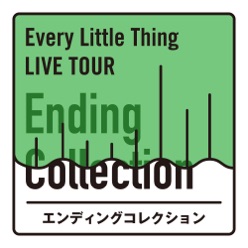