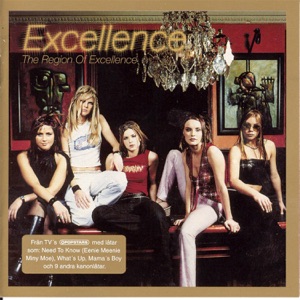 ORIGEN
Sweden
FORMACIÓN
2001
Acerca de Excellence
Yet another product of the PopStars brand, the all-girl pop group Excellence formed on the 2001 season of the Swedish edition of the show. Comprised of Jenny Bergfoth, Ana Johnsson, Johanna Landt, Malin Olsson, and Susanna Patoleta, the group went on to enjoy several Top Ten singles and a number one album, 2001's The Region of Excellence, following their time on the show. Though they were probably best known for their hit single "I Need to Know" (not to be confused with the Marc Anthony single of the same name), the group is also generally remembered for teaming up with Markoolio on Sweden's official song for the 2002 Winter Olympics, "Vi Ska Vinna!" In spite of their chart success, Excellence broke up soon after the single came out. Johnsson went on to enjoy some success on the Swedish charts following the split. ~ Margaret Reges 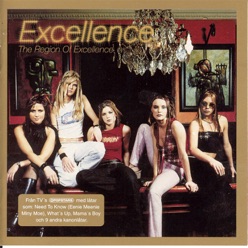 The Region of Excellence
2001