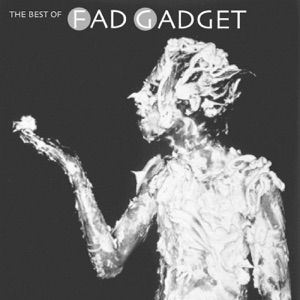 ORIGEN
London, England
FORMACIÓN
1979
Acerca de Fad Gadget
For all intents and purposes, Frank Tovey was best known as the man behind Fad Gadget, one of the most significant cult acts of the post-punk boom. As Fad Gadget, Tovey and his revolving door of conspirators released several singles and four full-length albums that stretched the boundaries of pop music during the late '70s and early '80s. And after Tovey started making records under his own name in the mid-'80s, he continued to remain as unpredictable as ever, working within the realms of Cajun, blues, and folk, in addition to furthering his journey into experimental electronics.nn Humorous, dark, strange, puzzling, wild, honest, confrontational -- these adjectives exemplify Tovey's lengthy body of work and his legacy of daringly physical performances. (Tovey's stage antics included numerous acrobatic feats and a penchant for shaving his copiously foamed body.) While Fad Gadget's contemporaries included the likes of Cabaret Voltaire, the Human League, Wire, the Normal, and Soft Cell, Tovey and company's records never quite achieved the underground notoriety or the chart success enjoyed by his peers. Regardless of the level of recognition, Tovey's unique contribution to electronic music is undeniable, and so is his influence upon it. As the years go on, the recognition continues to gather steam.nnAs a youngster, the London, England-born Tovey became a fan of Iggy Pop, Marc Bolan, and Lou Reed. He knew from an early stage that he wanted to become involved with music and eventually earned a degree in fine arts from Leeds Polytechnic in 1975. After finishing his schooling, he returned to London and put together some songs made with an electric piano, a drum machine, and a tape recorder. Through the help of a flatmate, Tovey met up with Daniel Miller at the local Rough Trade shop and gave the man behind the Normal's "Warm Leatherette" his primitive recordings. Miller loved what he heard and signed Tovey to his Mute label, a groundbreaking pro-electronic label that was just lifting off the ground.nnTovey made his first public appearance as Fad Gadget in July of 1979. Two months after that, the first Fad Gadget single, The Box, was issued. Just as funny as it was frightening, the predominantly electronic single featured two songs that remain touchstones of Tovey's lengthy career. Another key single, Ricky's Hand, was out in shops the following March. The sleeve boldly claimed that, save for an electric drill and the vocals, the two songs on it were made entirely from synthetic sources. A third single was released just prior to the first full-length, Fireside Favourites, which was released by the end of 1980. While Tovey did the lion's share of synth work on the album, percussionist John Fryer, bassist/guitarist Eric Radcliffe, drummer Nick Cash, and synthesist Miller chipped in with contributions.nn Incontinent, the second Fad Gadget LP, was issued almost exactly a year after the debut. Aside from the return of most of the usual suspects, Wire's Robert Gotobed played some drums, Peter Bahner played some bass and guitar, and David Simmonds provided extra synth and percussion work. Slightly darker than its predecessor, a decrease in the reliance upon electronics made for a wide-eyed, if unfocused, sophomore album.nn The albums Under the Flag and Gag were released in 1982 and 1984, respectively. The move into dance and soul-influenced territories -- along with relatively traditional production values for the time -- resulted in lighter and less urgent music, but Tovey's lyrics steadfastly refused to approach anything resembling mundane or fantasy-based. Tovey was more likely to be compared to Bob Dylan than Gary Numan, as his lyrics favored the everyman over machines and aliens. Personnel-wise, Under the Flag featured guest vocal turns and saxophone blurts from Alison Moyet (Yaz), and Gag included some guitar work from Rowland S. Howard (the Birthday Party).nn After Gag, Tovey decided to start recording under his own name and released six albums on Mute between 1985 and 1992. Just prior to that phase, he also paired up with Non's Boyd Rice for 1984's Easy Listening for the Hard of Hearing. These records were frequently more challenging the ones released as Fad Gadget, and Tovey's switch in names allowed him to expand his creativity. He decided to learn how to play instruments properly, a move that was prompted by his daughter. Asked by his daughter to play one of her songs, Tovey realized he couldn't really play anything, so he took up the guitar and made a conscious decision to write and record with more traditional instrumentation. 1989's Tyranny u0026 the Hired Hand witnessed Tovey at his most organic. The labor-inspired album featured covers of modern and traditional protest songs. And for his following two albums, 1991's Grand Union and 1992's Worried Men in Second Hand Suits, Tovey continued his folk streak with a trio of Irish musicians dubbed the Pyros.nnIn 2001, Tovey dusted off Fad Gadget and began performing again under the name. In addition to an appearance at London's Elektrofest, Tovey opened for Depeche Mode on his labelmates' Exciter tour. Mute released The Best of Fad Gadget, a two-disc set of ace material, B-sides, and remixes. New material had been written and plans for new recordings were laid, but Tovey unexpectedly passed away in his home on April 3, 2002. ~ Andy Kellman 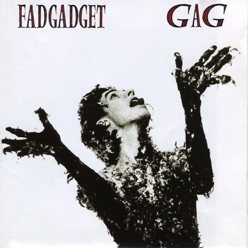 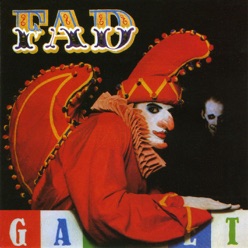 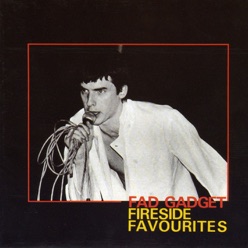