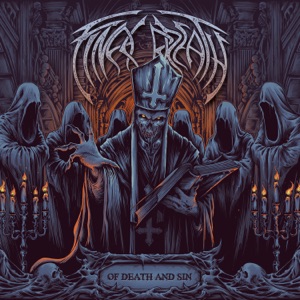 ORIGEN
Germany
FORMACIÓN
1993
Acerca de Final Breath
Offering a fast, explosive, and blistering mixture of thrash metal and death metal, Final Breath don't have a huge name among metal fans but have enjoyed a small following in Western Europe since the '90s. The German outfit recalls a time when thrash metal was starting to give way to early death metal; Slayer (one of the first death metal bands) is a major influence, and Final Breath's other '80s/early-'90s influences range from Death (another pioneering death metal band) to thrash favorites Testament, Dark Angel, Metallica, and Megadeth. At times, there are traces of Scandinavian death metal in their work, although most of Final Breath's influences are from the United States.nnFinal Breath were formed in Germany in 1993, when lead singer Michael "Jimmy" Imhof got together with Thomas Böttcher (lead guitar), Steffen Diel (rhythm guitar), Thomas Wissel (bass), and Heiko Krumpholz (drums). Final Breath started out as a metal cover band, but in 1994, the headbangers decided to start writing and performing original material. In 1995, Final Breath recorded their first demo, Soulchange; that recording was followed by another demo, End of It All, in 1997. It wasn't until 2000 -- seven years after the band's formation -- that Final Breath finally got around to providing an official album that had real distribution and was actually sold in stores. That year, the German headbangers provided their first full-length album, Flash-Burnt Crucifixes, which was released in Western Europe but not in the United States. The lineup on Flash-Burnt Crucifixes includes Imhof on lead vocals, Wissel on bass, Markus Werthmann and Jörg Breitenbach on guitars, and Krumpholz on drums. Final Breath's sophomore album, Mind Explosion (a Nuclear Blast release), came out in Europe in 2002 and was followed by Let Me Be Your Tank, which was recorded in 2003 and 2004 and was released in both Europe and the United States. Let Me Be Your Tank, which came out on Remedy Records in Germany in November 2004 before being released by Magick/Cleopatra in the U.S. in April 2005, marked the first time that a Final Breath album was available in North America as anything other than an import.nn Like many bands in Europe's metal underground, Final Breath have had their share of lineup changes along the way; on Let Me Be Your Tank, the personnel included two survivors from the Flash-Burnt Crucifixes lineup (Breitenbach and Krumpholz) along with more recent arrivals Jürgen "Eumel" Aumann (lead vocals) and Werner "Space" Müller (rhythm guitar). And there were even more lineup changes after Let Me Be Your Tank; as of June 2005, Final Breath's lineup included Krumpholz (the only remaining original member), Aumann, and three post-Tank arrivals: Jörg Widthbrook (lead guitar), Dennis Cutter (rhythm guitar), and Dominik Merz (bass). ~ Alex Henderson 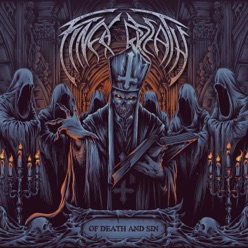 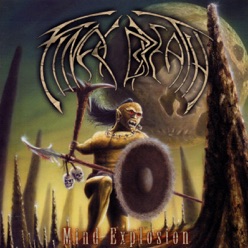