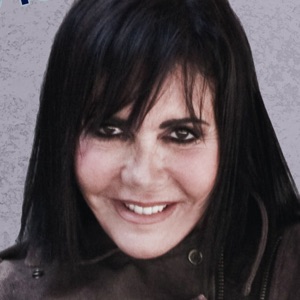 Acerca de Fiordaliso
Italian melodic singer Fiordaliso (full name: Marina Fiordaliso) was born in Piacenza on February 19, 1956. The daughter of a musician, she started studying piano and singing at the Piacenza Music Academy. After recording a couple of songs with Orchestra Bagutti, in 1981 she took part in the Castrocaro Music Festival, finishing first with the song "Scappa Via." Thanks to that result, in 1982 she participated in the Sanremo Music Festival with "Una Sporca Poesia," an experience she repeated one year later with "Oramai." Both singles reached a wide audience, but strangely enough they were not included in Fiordaliso's first album, simply titled Fiordaliso, released in autumn 1983. The record was re-released the following year with the title Non Voglio Mica la Luna, in order to include the single of the same title, doubtless Fiordaliso's greatest hit. The summer of 1984 saw the release of the EP Discoquattro, followed in 1985 by her sophomore album, A Ciascuno la Sua Donna, including songs written for her by artists such as Zucchero, Vasco Rossi, and Enrico Ruggeri. Fiordaliso then embarked on a tour, later documented by the live album Fiordaliso -- Dal Vivo per il Mondo (1985, re-released in 1986 with the title Applausi a Fiordaliso and a different track list).nn After 1987's Fiordaliso, the singer moved from Durium to EMI, with which she released three albums from 1990 to 1992: La Vita Si Balla, Il Portico di Dio (her greatest success of the decade), and Io Ci Sarò. Rooted in the strong but increasingly old-fashioned tradition of Italian melodic pop songs, from this moment on Fiordaliso's success -- which made her famous not only in Italy but in Spain as well -- started to fade, even though she tried to widen her palette to include soul elements in her music. After an acoustic tour, between 1993 and 1994 she took part in the popular TV show Domenica In, then in 1994 she released the anthology E Adesso Voglio la Luna, including new versions of her greatest hits plus two new tracks. In 1995 Fiordaliso had her first theatrical experience, becoming part of the cast of Fratelli di Sangue, the Italian version of Willy Russell's musical Blood Brothers, and in 1996 she debuted with her own recital, Fiordaliso Disco Live, a mixture of original songs and famous cover versions that she replicated for over a decade.nn An album entirely sung in Spanish, Como Te Amaré, was released in 1997; the album's Italian version, titled Sei Bellissima, followed in 1999 and was then re-released in 2004 with some new tracks as Fiordaliso.. Come Si Fa. In 2002 Fiordaliso returned for the ninth time to the Sanremo Music Festival with the song "Accidenti a Te," taken from Risolutamente Decisa, an album including both new songs and older hits reinterpreted in a bluesy mode. Two years later she was one of the contestants of the reality show Music Farm, an experience followed by another important TV appearance, becoming one of the hosts of the show Piazza Grande. Some of the songs (all of them being cover versions) she sang during the show were then included in 2006's compilation Piazza Grande. In the same year Fiordaliso returned to theater as one of the main characters of the Italian version of the musical Menopause. ~ Aurelio Pasini