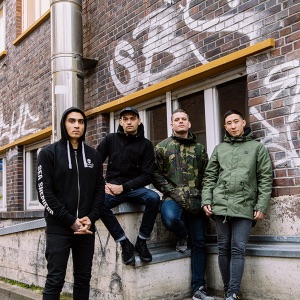 ORIGEN
San Francisco, CA
FORMACIÓN
2002
Acerca de First Blood
Metallic hardcore unit First Blood emerged out of San Francisco's Bay Area in 2002, formed on the side by Terror members Carl Schwartz (vocals) and Doug Weber (guitar), both of whom had also previously played in Sworn Vengeance. Socially and politically aware in their approach (Schwartz is a staunch vegan), First Blood were never intended to be a full-time gig. Yet the band made local waves right from the start, playing its first gig with hardcore icons Cro-Mags. In 2003, First Blood (at this time rounded out by drummer Nate and bassist Joe) made their recorded debut with a self-titled EP through Division 36 Records (distributed via Bridge Nine) and played a spot on Syracuse, New York's annual Hellfest. The guys followed up the next year on a split 7" with Philadelphia's Blacklisted; it was issued through Deathwish Inc. and featured new members Nick Jett (drums, also of Terror), Manuel Peralez (bass), and Kyle Dixon (second guitar, ex-Embrace the End). Outside obligations with other bands had caused problems and turnover over time, so when Schwartz decided to go with First Blood full-time -- his last Terror tour was in the fall of 2005 -- he needed dedicated musicians around him. He eventually found such stability alongside Dixon, Peralez, guitarist Daniel Fletcher, and drummer Mike Orris, Jr.; the drumming position still remained in flux from the studio to the road, however. Hooking up with Trustkill, the band embarked on an early 2006 tour with Ignite and Comeback Kid, leading into the spring release of First Blood's first full-length, Killafornia. First Blood's much anticipated sophomore outing, Silence Is Betrayal, was released in 2008, but it would be nearly a decade before they would head back into the studio. In 2016 they inked a deal with Pure Noise, which released their third LP, Rules, the following year. ~ Corey Apar 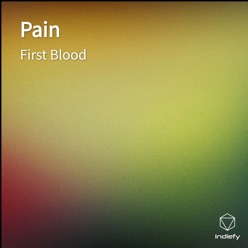 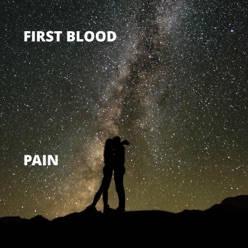 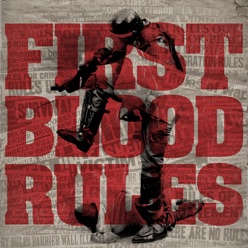