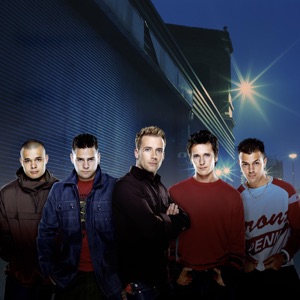 Acerca de Five
This UK pop quintet (originally spelled 5ive) enjoyed widespread success in the late 90s with their polished, hip-hop inspired sound. Ritchie Neville (b. Richard Neville Dobson, 23 August 1979, Solihull, Birmingham, West Midlands, England), Scott Robinson (b. 22 November 1979, Basildon, Essex, England), Richard Abs Breen (b. Richard Abidin Breen, 29 June 1979, Enfield, Middlesex, England), Jason J Brown (b. 13 June 1976, Aldershot, England) and Sean Conlon (b. 20 May 1981, Leeds, Yorkshire, England) were hand-picked from 3, 000 hopefuls at an audition set up by the creators of the Spice Girls. The five members all boasted stage and music backgrounds. Neville and Robinson were, respectively, graduates of the National Youth Theatre and the Sylvia Young Stage School. Breen had attended the distinguished Italia Conti Stage School and built up experience as a DJ. Brown also worked as a DJ, while Conlon was a previous winner of Yamahas Young Composer Of The Year award.nn Following in the footsteps of the Spice Girls, the band lived together in Surrey (later featuring unflatteringly in the ITV documentary series Neighbours From Hell). Intensive promotional work boosted the bands profile and resulted in a string of Top 10 UK hits. The debut single Slam Dunk (Da Funk) reached number 7 in December 1997, and was followed by When The Lights Go Out (number 4, March 1998), Got The Feelin (number 3, June 1998), Everybody Get Up (number 2, September 1998) and Until The Time Is Through (number 2, November 1998). When The Lights Go Out broke the band in the US, steadily climbing the Billboard chart before reaching a peak position of number 10 in August 1998. The follow-up, Its The Things You Do, failed to reach the American Top 50.nn The bands self-titled debut album was co-written and produced by Denniz Pop, Cutfather and Joe and Max Martin, and debuted at number 1 on the UK chart in June. It also broke into the US Top 30 the following year. They returned to the UK charts in July 1999 with the number 2 single, If Ya Gettin Down, and finally achieved the top slot in October with the irresistible Keep On Movin. The attendant Invincible was another mixed bag of surprisingly durable pop songs and weak ballads. The following July they topped the UK singles chart with an energetic cover version of Queens We Will Rock You. Fives third album was premiered by August 2001s chart-topping single, Lets Dance, but shortly afterwards the quintet announced they were splitting up. They reunited, minus Conlon, in September 2006. 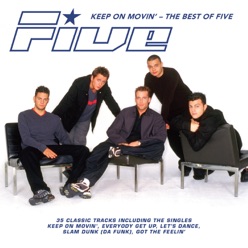 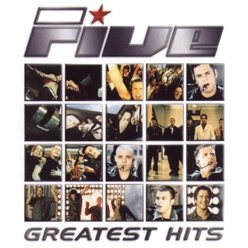 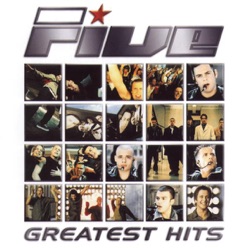