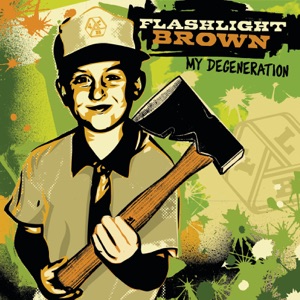 ORIGEN
Guelph, Ontario, Canada
Acerca de Flashlight Brown
Flashlight Brown featured guitarist/vocalist Matt Hughes, drummer Tim Thomson, bassist Fil Bucchino, and guitarist Mike Conroy. Rocking out of Guelph, Ontario, in 1996, the four pals originally leaned toward a ska-inflected punk sound. They issued an eponymous album that same year on the Montreal indie STOMP, but moved to Double A for the Running Season LP a year later. Flashlight had by now established a furious touring schedule, and backed up their asphalt time with an active website. By 2000's Self-Titled Again (Union 2112), the quartet had mostly excised the ska influences from their punk-pop groove, and had added the "Brown" to their name. More touring followed, until a late 2002 showcase in L.A. led to a deal with Hollywood. Rob Cavallo -- famous helmer of Green Day's Dookie -- signed on to produce the band's major-label debut, and in April 2003, it appeared. My Degeneration featured a few new tracks and re-recordings of existing material; Flashlight Brown supported it with a minitour of American high schools, as well as a series of more proper dates on Lollapalooza and at regular clubs that summer. ~ Johnny Loftus 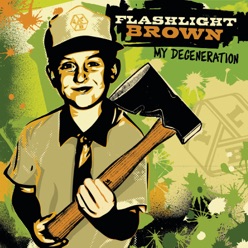