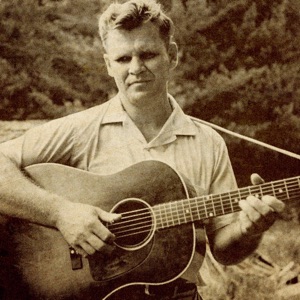 FORMACIÓN
1948
Acerca de Flatt and Scruggs
Probably the most famous bluegrass band of all time was Flatt u0026 Scruggs and the Foggy Mountain Boys. They made the genre famous in ways that not even Bill Monroe, who pretty much invented the sound, ever could. Because of a guitar player and vocalist from Tennessee named Lester Flatt and an extraordinary banjo player from North Carolina named Earl Scruggs, bluegrass music has become popular the world over and has entered the mainstream in the world of music.nnLike so many other bluegrass legends, Flatt u0026 Scruggs were graduates of Bill Monroe's Blue Grass Boys. Because of the unique sound they added ("overdrive," one critic called it), Monroe felt let down after Flatt's quality vocals and Scruggs' banjo leads left in 1948. Quickly the two assembled a band that in the opinion of many was among the best ever. With so many extraordinary musicians and the solid, controlled vocals of Flatt, it's no wonder the Foggy Mountain Boys were the band that brought bluegrass to international prominence. From 1948 until 1969, when Flatt u0026 Scruggs split up to pursue different musical directions, they were the bluegrass band, due to their Martha White Flour segment at the Opry and, especially, their tremendous exposure from TV and movies.nnFlatt and Scruggs were originally brought together by Monroe in 1945, when they joined a band that, circa March of the following year, would also feature fiddler Chubby Wise and bassist Cedric Rainwater. This "classic" quintet created the sound of bluegrass and helped bring it to national recognition through radio shows, records, and concerts. After three years with Monroe, Flatt left the mandolinist behind in 1948, and Scruggs followed his lead shortly afterward. The duo formed their own band, the Foggy Mountain Boys. Within a few months, they recruited ex-Blue Grass Boy Rainwater, fiddler Jim Shumate and guitarist/vocalist Mac Wiseman. Initially, the band played on radio stations across the South, landing a record contract with Mercury Records in late 1948. Over the next two years, they toured the U.S. constantly, played many radio shows, and recorded several sessions for Mercury. One of the sessions produced the original version of "Foggy Mountain Breakdown," which would become a bluegrass standard.nnIn 1951, Flatt u0026 Scruggs switched record labels, signing with Columbia Records. By this point, the band now featured mandolinst/vocalist Curly Seckler, fiddler Paul Warren, and bassist Jake Tullock. Where the careers of other bluegrass and hard country acts stalled in the early and mid-'50s, the Foggy Mountain Boys flourished. One of their first singles for Columbia, "'Tis Sweet to Be Remembered," reached the Top Ten in 1952, and in 1953, the Martha White Flour company sponsored a regular radio show for the group on WSM in Nashville. In 1955, the band joined the Grand Ole Opry. The following year, they added a Dobro player called Buck Graves to the lineup.nnFlatt u0026 Scruggs reached a new audience in the late '50s, when the folk music revival sparked the interest of a younger generation of listeners. The duo played a number of festivals targeted at the new breed of bluegrass and folk fans. At the same time, country music television programs went into syndication, and the duo became regulars on these shows. In the summer of 1959, Flatt u0026 Scruggs began a streak of Top 40 country singles that ran into 1968 -- their chart performance was directly tied to their increased exposure. The duo's popularity peaked in 1962, when they recorded the theme song to the television sitcom The Beverly Hillbillies. The theme, called "The Ballad of Jed Clampett," became the first number one bluegrass single in early 1963, and the duo made a number of cameos on the show.nnThe Beverly Hillbillies began a streak of cameo appearances and soundtrack work for Flatt u0026 Scruggs in television and film, most notably with the appearance of "Foggy Mountain Breakdown" in Arthur Penn's 1968 film Bonnie and Clyde. With all of their TV, film, and festival appearances, Flatt u0026 Scruggs popularized bluegrass music more than any artist, even Monroe. Ironically, that popularity helped drive the duo apart. Scruggs wanted to expand their sound and pushed Flatt to cover Bob Dylan's "Like a Rolling Stone" in 1968 as well as land concert appearances in venues that normally booked rock u0026 roll acts. Flatt wanted to continue in a traditional bluegrass vein. Inevitably, the opposing forces came to a head in 1969, and the duo parted ways. Appropriately, Flatt formed a traditional bluegrass band, the Nashville Grass, while Scruggs assembled a more progressive outfit, the Earl Scruggs Revue.nnThroughout the '70s, both Flatt and Scruggs enjoyed successful solo careers. In 1979, the duo began ironing out the details of a proposed reunion album, but they were scrapped upon Flatt's death on May 11, 1979.nnScruggs made many albums after his parting with Flatt, highlighted by 1982's The Storyteller and the Banjo Man (with Tom T. Hall) and 2001's Earl Scruggs and Friends (which featured an all-star cast including Johnny Cash, Elton John, Sting, Vince Gill, Albert Lee, Leon Russell, and Steve Martin). Scruggs was often seen on TV as well, often for reunion appearances. He died in Nashville in 2012. In 1985, Flatt u0026 Scruggs were inducted into the Country Music Hall of Fame. ~ David Vinopal 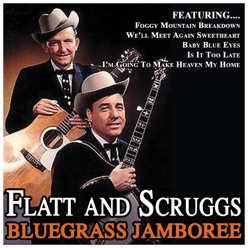