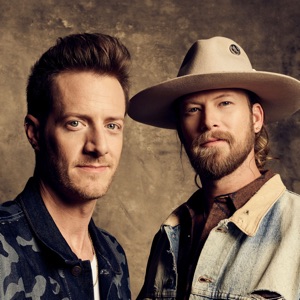 ORIGEN
Nashville, TN
FORMACIÓN
2010
Acerca de Florida Georgia Line
Florida Georgia Line came out of nowhere in 2012 to become the biggest country group of the new decade. The vehicle of their success was "Cruise," a slick, shimmering ode to the wide-open road that became an unkillable crossover hit in 2013 and, eventually, the biggest country single of all time. After "Cruise" broke through on its own merits, reaching 16 on the Billboard Hot 100, its life was extended thanks to a remix featuring rapper Nelly. This unexpected collaboration pushed the single all the way to number four on the Hot 100, but at that point it was clear that the appeal of "Cruise" lay in Florida Georgia Line's unabashedly polished pop perspective. Unlike some fellow contemporary country bros, the duo of Brian Kelley and Tyler Hubbard didn't swagger; they were bright, sunny, and friendly, qualities showcased on subsequent hits "Get Your Shine On" and "Round Here." Where some of their peers -- tagged as "bro country" due to their macho swagger and frat-friendly sensibility -- stumbled on their second or third albums, Florida Georgia Line stayed on the top of the charts with 2014's Anything Goes and 2016's Dig Your Roots.nnBrian Kelley and Tyler Hubbard -- the former hails from Ormond Beach, Florida, the latter Monroe, Georgia, hence their band name -- met as students at Nashville's Belmont University, and began writing songs together between classes. Soon, they were playing local clubs, quickly building a fan following on the Southeast club circuit and developing a sharp contemporary country sound. After self-releasing an EP of originals called Anything Like Me in December 2010, the duo signed a publishing and management deal with Big Loud Mountain, then entered the studio with producer Joey Moi to track an EP, It'z Just What We Do.nn It'z Just What We Do appeared in May of 2012, preceded by the single "Cruise." Within two months, the single debuted on the Billboard Hot Country Songs chart, where it would reside for months on end. On December 15, 2012, it wound up topping the country charts for the first time. It would stay at the top for 24 weeks, shattering the previous long-held record of 21 weeks at the top, a record held jointly by Webb Pierce's 1955 hit "In the Jailhouse Now," Hank Snow's 1950 "I'm Movin' On," and Eddy Arnold's 1947 "I'll Hold You in My Heart ('Til I Can Hold You in My Arms)." As "Cruise" ruled the country charts, a pop-oriented remix featuring rapper Nelly appeared as a separate single, turning the song into a pop hit; it climbed all the way to four on the Hot 100. "Cruise" kept many other hits away from the number one position and that included two subsequent singles by Florida Georgia Line: the January 2013 single "Get Your Shine On" and its sequel, "Round Here." Both of these were huge hits, topping the Country Airplay chart on their way to platinum certification, but they were dwarfed by "Cruise," which wound up selling over 6,500,000 units on its way to becoming the biggest country single of all time.nn Naturally, the accompanying Here's to the Good Times album also became a hit, reaching number one on the Country Albums chart in the summer of 2013 on its way to over 1.5 million in sales; it was reissued as an expanded edition called Here's to the Good Times...This Is How We Roll for the holiday season of 2013, with their duet with Luke Bryan called "This Is How We Roll" added to the album (which also reached number one on the country chart). In July of 2014, Florida Georgia Line released the single "Dirt," another country chart-topper that heralded the release of their second album. Working once again with Joey Moi, the band released Anything Goes in October 2014. It debuted at number one on the Billboard 200 on the strength of sales of 197,000 copies. Over the next year, the album spawned four additional Billboard country hits: "Sun Daze," "Sippin' on Fire," "Anything Goes," and "Confession." This kept Florida Georgia Line on the charts into 2016, when they released "H.O.L.Y.," the first single from their third album. "H.O.L.Y." went to number one, setting the stage for the August release of Dig Your Roots, their eclectic third album which features guests like Ziggy Marley, Tim McGraw, and the Backstreet Boys. A pair of singles, "Simple" and "Colorado," appeared in 2018. ~ Stephen Thomas Erlewine u0026 Steve Leggett 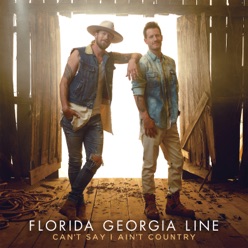 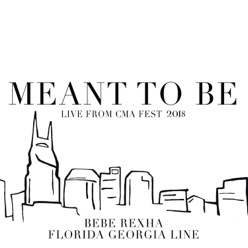 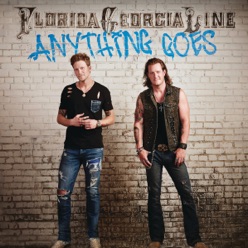