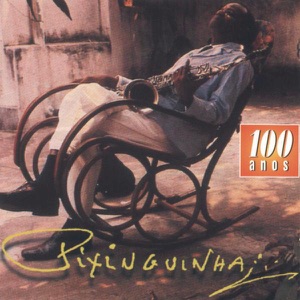 Acerca de Alberto Ribeiro
One of the great composers of Carnaval music and one of the most prolific ones, Alberto Ribeiro also left samba-canção classics like "Copacabana" and the standards of the São João repertory -- "O Balão Vai Subindo" and "Capelinha de Melão." Socially concerned, his songs caused him to be arrested several times during the Getúlio Vargas dictatorship. They were also a leading influence in the formulation of the protest song (canção de protesto) movement of the '60s after they were included in the poet Reynaldo Jardim's show Joana em Flor at the Teatro de Arena theater in Rio in 1965.nnRibeiro started to write Carnaval music for his bloco Só de Tanga. His first published composition was "Água de Coco," in 1923. Seven years later he formed the Grupo dos Enfezados group, which recorded an album in the same year. In 1934 Ribeiro achieved success with "Tipo Sete" (with Nássara), recorded by Francisco Alves, winning the Carnaval contest of the mayoralty in that year. Introduced to Braguinha the next year by the publisher Mangione, who invited them to write the soundtrack to the film Alô, Alô Brasil! (directed by Wallace Downey), Ribeiro became a good friend of his. Their historic partnership began with the marchinha "Deixa a Lua Sossegada," recorded by Almirante. They wrote scripts for other films like Estudantes (1935, by Wallace Downey) and Alô, Alô Carnaval! (1936, by Adhemar Gonzaga). Also in 1935 Ribeiro's marcha junina "Sonho de Papel," included in the soundtrack to the film Estudantes, was a hit in Carmen Miranda's recording. In 1936 the duo of Ribeiro/Braguinha produced the choro "Seu Libório," which would only be recorded in 1941, when Vassourinha scored a hit with it. Ribeiro had success in 1937 with "Cachorro Vira-Lata," recorded by Carmen Miranda; in 1938 with the marchinha "Yes! Nós Temos Bananas" (with Braguinha) recorded by Almirante (and re-recorded by Caetano Veloso in 1967); and "Touradas em Madrid" (with Braguinha), recorded on the same album by Almirante. This tune was sung by about 200,000 people during the World Cup of 1950, when Brazil won the game with Spain by six to one. The duo had success again in 1943 with the marchinha "China Pau," recorded by Castro Barbosa, and three years later with "Copacabana," a big hit very well-known abroad in Dick Farney's rendition; in 1948 with the marchinha "Tem Gato na Tuba," recorded by Nuno Roland; in 1949, with the marchinha "Chiquita Bacana," recorded by Emilinha Borba (this song was several times re-recorded abroad, with the best-known version Josephine Baker's "Chiquita Madame de la Martinique"). In 1956, Ribeiro recorded the LP Aviso Aos Navegantes, with compositions written in the decades of 1930 and 1940, a period in which he was arrested several times for the political content of his songs. ~ Alvaro Neder 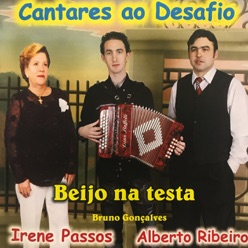