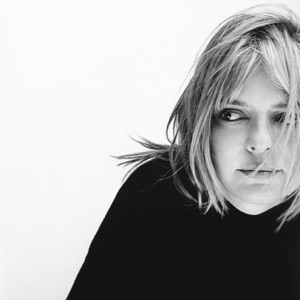 CIUDAD NATAL
Paris, France
NACIMIENTO
9 de octubre de 1947
Acerca de France Gall
Although she was best known as the pretty, perky teenager who won the 1965 Eurovision Song Contest with her hit "Poupée de Cire, Poupée de Son," French pop singer France Gall had a much longer and more varied career than that, releasing solid records for decades. Although only a cult figure in most of the rest of the world, Gall was a major star and beloved figure in her native country.nnBorn Isabelle Gall in Paris on October 9, 1947, Gall was the daughter of French performer and producer Roger Gall, who had written songs for Édith Piaf and Charles Aznavour. In 1962, at the age of 15, Gall was ushered into the studio by her father to record her debut EP, Ne Sois Pas Si Bete. The four-track EP (the standard in French pop music at the time, and the format of most of her releases for the rest of the decade) was an enormous hit, selling 200,000 copies in France thanks both to the irresistible title track and the absolutely stunning cover photo. Gall released a series of similarly successful pop hits for the next several years, peaking with winning the aforementioned Eurovision Song Contest in 1965. But although many dismissed Gall as a Francophone Lesley Gore, making fluffy and ultra-commercial pop hits with little substance, Gall's hits from this era stand up far better than most. Only Françoise Hardy was consistently making records up to these standards during this era. Though Gall's high, breathy voice was admittedly somewhat limited, she made the most of it. Even dopey hits like "Sacre Charlemagne," a duet with a pair of puppets who were the stars of a children's show on French TV, have an infectious, zesty charm; meatier tunes, like the sultry jazz-tinged ballad "Pense a Moi" and the brilliant rocker "Laisse Tomber les Filles," were as good as any single produced in the U.S. or Great Britain at the time.nnIn 1966, Gall's public persona shifted into a more mature phase, both musically and personally. The change came with that year's controversial hit "Les Sucettes." Though on the surface the Serge Gainsbourg-penned tune was a pretty little song about a young girl and her lollipop, the unmistakable subtext of the sly lyrics meant that the not-yet-18-year-old Gall was singing approvingly (and, she later claimed, completely unknowingly) about oral sex. Les Sucettes and its follow-up, Baby Pop, are among Gall's finest, musically richer and more varied than her early hits, but every bit as catchy. (During this period of her career, Gall was signed not only to the French division of Philips, but to the German branch of the company, and also released several German-language EPs and albums, mixing translations of her Francophone hits and all-new material.) The psychedelic era found Gall, under Gainsbourg's guidance, singing increasingly strange songs, like "Teenie Weenie Boppie" (a bizarre tune about a deadly LSD trip that somehow involves Mick Jagger) set to some of Gainsbourg's most out-there arrangements. The excellent 1968 is Gall's best album from this period, with "Teenie Weenie Boppie," the trippy "Nefertiti," and the slinky, jazzy "Bebe Requin," perhaps Gall's sexiest single ever.nnLike other stars of the '60s yé-yé scene, Gall's career took a downturn in the early '70s. No longer a teenager, but without a new persona to redefine herself (and without the help of Gainsbourg, whose time was taken by his own albums and those of his wife, Jane Birkin), Gall floundered both commercially and artistically. A label change from Philips to BASF in 1972 didn't help matters, but in 1974 Gall met and married songwriter/producer Michel Berger. Berger took over his wife's career starting with 1975's France Gall and reestablished her popularity throughout Europe. Berger's middle-of-the-road soft rock style (think late-era Elton John, with whom Gall recorded a duet, "Les Aveux," in 1980) was slickly commercial and, for the most part, less inspired than Gall's '60s work, but although her material was by and large weaker, Gall became a much stronger and more technically adept singer during this era. Albums like 1987's Babacar, 1984's Débranche!, and 1988's live Tour de France cannot be recommended to those completely averse to mellow "lite" rock, but they have their charms.nnGall's life took a tragic turn in the '90s; Berger died of a heart attack at the age of 46 in 1992, and their daughter Pauline died of cystic fibrosis at the age of 19 in 1997. Gall announced her retirement after Berger's death, but after reconsidering, she restarted her career with 1996's France, a tender tribute to her partner and mentor. That same year, a new generation of listeners began discovering her work when Heavenly covered her Serge Gainsbourg-penned hit "Nous Ne Sommes Pas des Anges" on Operation Heavenly. France Gall died of cancer on January 7, 2018 at the age of 70. ~ Stewart Mason 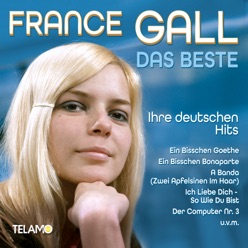 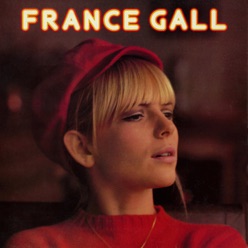 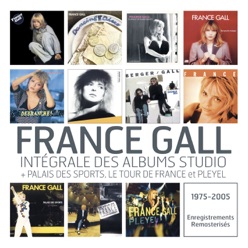