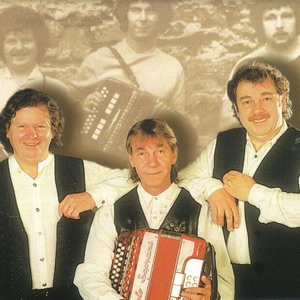 ORIGEN
Dublin, Ireland
FORMACIÓN
1974
Acerca de Fureys
The Fureys are one of Ireland's most influential traditional bands. Formed in 1974 by brothers Finbar, who sang lead and played uillean pipes, and Eddie, the group, which also included younger brothers Paul and George, toured throughout the world. Their many hits included "When You Were Sweet Sixteen," "I Will Love You Every Time," "Leaving Nancy," "Tara Hill," "Red Rose Cafe," "Lonesome Boatman," and "Green Fields of France." According to Shaun Dale of Cosmik.Com, "(The Fureys) distinguish themselves from the hardcore trad groups with a willingness to attack an updated songbook that draws from British and American pop, as well as their own deep Irish roots".nn Raised in Ballyfermot, the Fureys inherited their musical skills from their parents. Their father, Tom, a horse dealer by profession, played fiddle and uillean pipes and their mother played melodeon and five stringed banjo. The Fureys were an outgrowth of a duo featuring Finbar and Eddie, who performed with their father during informal jam sessions at O'Donoghue's Bar in Dublin as early as 1958. In 1961, the two brothers dominated the Rose of Tralee International Festival, placing first in the main event, the pub event, and the street event. Relocating to Scotland in 1966, the duo began appearing regularly in folk clubs, colleges, and universities throughout Great Britain and Europe.nn The duo made their recording debut in 1968 on the Waverley label, with the album I Know Where I'm Going, singing and playing in support of singer/guitarist Paddie Bell, an alumna of the singing group the Corries. The same year, they issued their debut album as a duo on Transatlantic Records, despite a growing reputation in England, and the fact that they were on one of the top folk labels of the period, neither that album nor its follow-up, The Lonesome Boatman (1969), had much impact in England. Additionally, and complicating their situation rather severely, they found themselves ostracized from the Irish folk community during the early '70s because of their choice of sounds and arrangements, specifically the pairing of uillean pipes -- on which Finbar was a virtuoso -- with the more contemporary popular sounds of the guitar and vocals, which offended the many traditionalist-minded musicians in their homeland.nn The brothers' first break came in 1969 when they were invited to be the opening act for the Clancy Brothers' tour of the United States. They subsequently played and sang, without printed credit, on the LP The Clancy Brothers' Christmas. They followed this up in 1970 with work on another Clancy Brothers album, Flowers in the Valley. By the end of that year, however, Finbar and Eddie were working on their own again. In 1972, British radio impresario John Peel gave the Furey brothers a huge boost, naming them act of the year for their then-unique sound, mixing uillean pipes with guitar and vocals. They also re-emerged as a recording act, this time on Pye Records' progressive/folk imprint, Dawn; the resulting two albums, The Dawning of the Day and Four Green Fields (both 1972), were well-received by fans but did little to expand their audience. Meanwhile, Eddie and Finbar's younger sibling Paul had begun performing as a member of the Buskers, which included guitarist/singer Davey Arthur (a longtime family friend) and Brendan Leeson, and made their recording debut under that name with the LP The Life of a Man (1973).nn Soon after, youngest sibling George Furey, who had been performing with his father, joined the Buskers, who issued a second album on the Hawk label the following year. Over the next few years, into the mid-'70s, various combinations of the Furey family weaved in and out of each other's orbits at various folk festivals, while Eddie and Finbar continued recording and performing together, up until 1976 when they issued The Farewell Album. That double-LP set included a second disc recorded in concert featuring the four Furey brothers and Davey Arthur. By 1977, the four siblings and Arthur had linked up formally under the group name Tam Linn; out of that unit and a successful performance at the Cambridge Folk Festival, they became the Furey Brothers u0026 Davey Arthur, and it was in that configuration that they finally started to build a wide international audience. Signed to Polydor, they issued a pair of albums virtually back to back, Emigrant and Morning on a Distant Shore, in 1977.nnBy 1979, they were on their third album, The Green Fields of France, which yielded an Irish number one hit with the title track. Two years later, they had an international Top Ten hit with "When You Were Sixteen," which was followed two years after that by a U.K. Top 20 LP entitled Golden Days. Finbar Furey recorded his first solo album in 1990, and Davey Arthur left the lineup in 1992. Finbar formally left the group two years after that to pursue a solo career (which also encompassed acting, most notably in Martin Scorsese's 2002 movie The Gangs of New York). The group's fortunes took a tragic turn that same year when Paul Furey passed away at the age of 54. Davey Arthur subsequently rejoined the group for their 2003 anniversary tour, without Finbar, and since then the group, with Arthur aboard, has performed and recorded anew. The Fureys, in whatever combination, have remained a popular fixture in the Irish/Celtic music firmament well into the 21st century. ~ Craig Harris u0026 Bruce Eder 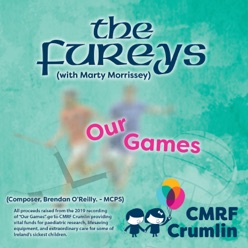 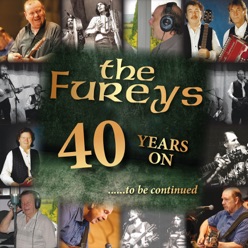 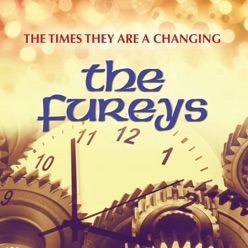 The Times They Are a Changing
2015
Ver todos los discos