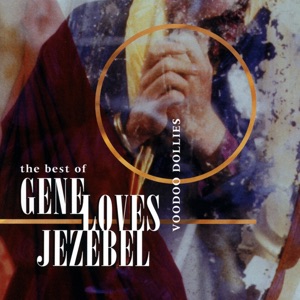 ORIGEN
Porthcawl, Wales
FORMACIÓN
1981
Acerca de Gene Loves Jezebel
Twin brothers Jay and Michael Aston began playing music in 1980 when they formed Slav Arian with guitarist Ian Hudson and a drum machine. Though the Astons grew up in Porthcawl, South Wales, they moved to London in 1981 and renamed the goth-influenced group Gene Loves Jezebel. The trio played several live shows and were quickly signed by Situation 2. In May 1982, the label released Gene Loves Jezebel's demo single, "Shavin' My Neck." The band then added bassist Julianne Regan and drummer Dick Hawkins. Regan left soon after to form All About Eve, leaving Ian Hudson and Michael Aston to alternate on bass until Peter Rizzo joined in 1984. Hawkins also split for a time -- replaced by John Murphy and later Steve Goulding -- but returned in 1983.nnGene Loves Jezebel released two more singles in 1983 before their debut album, Promise, hit number one in the U.K.'s indie charts. In 1984, the group recorded a John Peel radio session for the BBC and toured America with John Cale. After returning to England, Gene Loves Jezebel released the singles "Influenza (Relapse)" and "Shame (Whole Heart Howl)," but then waited a full year before second album Immigrant appeared in mid-1985. (It's not very surprising that the album was recorded with a lineup change, this time drummer Marcus Gilvear instead of Dick Hawkins.) Immigrant also hit number one on the indie charts, but during a tortured American tour, founding member Hudson left, and was replaced by former Generation X guitarist James Stevenson.nnThe year 1986 brought a contract with Beggar's Banquet and, subsequently, chart success for the group. "Sweetest Thing" hit the Top 75 in England, and the resulting album, Discover (which included a limited-edition live album called Glad to Be Alive), reached the expected indie chart top spot and also did well with college radio in America. Chris Bell became the band's fifth drummer later that year, and Gene Loves Jezebel's fourth album, The House of Dolls, was released late in 1987, yielding a single, "The Motion of Love," that grazed the U.S. charts. The Astons turned their attention to dance with the single "Heartache," but Michael decided to leave the band by mid-1989.nnIn a small twist of fate, Gene Loves Jezebel gained their highest-charting American single the following year, when "Jealous," the major single from Kiss of Life, reached number 68 in August 1990. Two years later, Jay Aston and company released Heavenly Bodies, which did well in Europe and on American college radio; the group's American label folded one year later, though, and after a few sporadic live shows, Gene Loves Jezebel called it quits.nnAs early as 1992, Michael Aston had been working with a new band called the Immigrants. Two years later, he re-formed the band as Edith Grove and released a self-titled album. Michael and Jay began working together again that same year, and later recorded two songs with Stevenson, Bell, and Rizzo for a GLJ best-of compilation released in September 1995. While Jay performed occasional acoustic shows under his own name, Michael played with members of Scenic and released a solo album, Why Me Why This Why Now, in 1995. Gene Loves Jezebel re-formed in 1998 for VII, released in 1999 on Robinson Records. The reunion proved to be short-lived, and through much of the 2000s, Jay and Michael each recorded and toured with bands calling themselves Gene Loves Jezebel; Jay's was based in the U.K., while Michael's largely worked in the United States. Michael Aston's Gene Loves Jezebel was responsible for the albums Love Lies Bleeding (1999), Giving Up the Ghost (2001), Exploding Girls (2003), and Dead Sexy (2009), while Jay Aston's edition of the group issued the discs Accept No Substitutes (2002), The Thornfield Sessions (2003), and The Anthology, Vols. 1-2 (2006). In 2008, the Aston brothers ended up in a lawsuit over the legal rights to Gene Loves Jezebel before reaching a settlement that allowed both to use the name in different parts of the world. In 2017, Jay Aston's GLB issued the album Dance Underwater. ~ John Bush 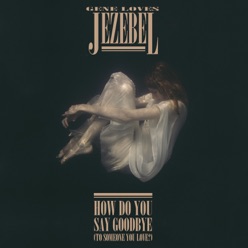 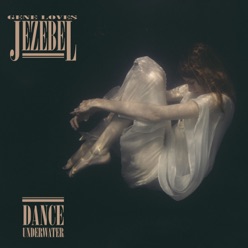 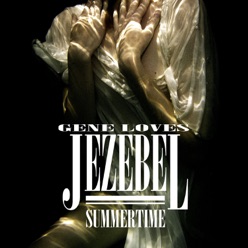