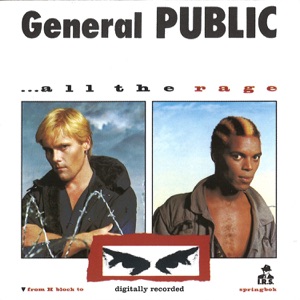 FORMACIÓN
1983
Acerca de General Public
Considered by many as nothing more than an offshoot of the better-known '80s British outfit the English Beat, General Public still enjoyed several substantial hits on their own during their short career. Immediately after the split of the ska-pop outfit the English Beat in 1983, former members Dave Wakeling (vocals, born February 19, 1956) and Ranking Roger ("toaster," born February 21, 1961) formed General Public, which turned out to be more pop-based than its predecessor, with elements of classic Motown soul thrown in for good measure. Once former Dexy's Midnight Runners keyboardist Mickey Billingham, former Specials bassist Horace Panter, and a drummer known simply as Stoker were all enlisted, General Public was officially up and running. Signing on with the IRS label, General Public's debut album, 1984's All the Rage, was a commercial success back home, as it featured a guest appearance by former Clash guitarist Mick Jones and scored a Top 40 single with the track "Tenderness." 1986 saw the release of General Public's sophomore effort, Hand to Mouth, which failed to match expectations set by its predecessor despite spawning a pair of popular singles, "Too Much or Nothing" and "Come Again."nn With both Wakeling and Roger unable to agree on a musical direction, General Public split up shortly thereafter. Roger issued a solo debut in 1988, the more ska-based Radical Departure, while Wakeling contributed the title track to John Hughes' 1988 film She's Having a Baby and issued a solo album as well, 1991's General Public-esque No Warning. Roger would go on to form another outfit, Special Beat, which included musicians from the late-'70s English ska scene, but in 1994, Roger and Wakeling were asked to reunite General Public for a track on the Threesome motion picture soundtrack. A UB40-like interpretation of the Staple Singers' "I'll Take You There" was offered and became a surprise Top 40 hit. The duo remained together for a third General Public studio album, 1995's Rub It Better (produced by former Talking Heads keyboardist/guitarist Jerry Harrison), but when it sunk from sight upon release, the band split up once more. 2002 saw the release of the duo's first best-of collection, the 12-track Classic Masters. ~ Greg Prato 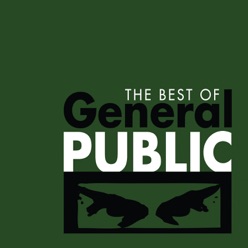 The Best of General Public
2012 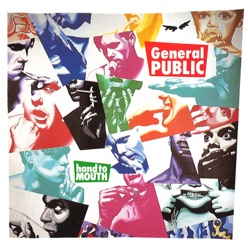