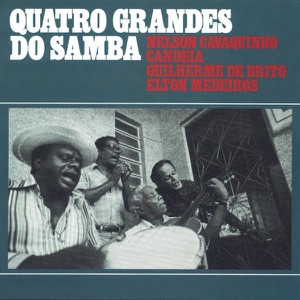 Acerca de Guilherme de Brito
An important composer of classic sambas such as "Folhas Secas," "Pranto de Poeta," "Depois da Vida," "Quando eu me Chamar Saudade," "Meu Sofrer," "Erva Daninha," "Luto," and "Suicídio," Guilherme DeBrito's significance has been obfuscated by the giant Nelson Cavaquinho's, his most frequent partner. The duo's compositions are regarded as some of the most important samba contributions, behind Cartola's, having been recorded by many, such as Ciro Monteiro, Elis Regina, Elizeth Cardoso, Chico Buarque, Guinga, Paulinho da Viola, João Bosco, Rafael Rabello, Zizi Possi, Beth Carvalho, Toquinho, Luiz Melodia, Maria Bethânia, Leny Andrade, Clara Nunes, Jards Macalé, Itamar Assumpção, Arnaldo Antunes, Nelson Gonçalves, Zeca Pagodinho, and others. DeBrito was born in the Vila Isabel neighborhood. Both his father and sister were violonistas (acoustic guitarists) and he naturally began to learn the cavaquinho. The musical neighborhood provided for frequent contacts with important composers like Noel Rosa. At 13, he lost his father and had to work to provide for his family. He abandoned his studies and became employed as an office boy for Casa Edison, the first recording label of Brazil and the most renowned; he soon became a record salesman. The Casa Edison was his only employer, beginning as office boy and retiring as chief of the department of calculating machines. As a complete suit was required for work in those times, and as he didn't have one, several friends gave different parts of the suit, which was cut and mended by his mother. The effect wasn't good, as he became nicknamed the Calça balão (balloon pants), inspiring him to write the eponymous song, his first composition. In 1945, he married Nena, his first and only woman. Pursuing his passion for music, around 1954 he succeeded in having two of his valses, "Meu Dilema" and "Audiência Divina," recorded by Augusto Calheiros. Until that time, important interpreters like Ademilde Fonseca and Roberto Silva used to sing his compositions, but didn't record them. The first recording opened an opportunity for him to sing at the Rádio Vera Cruz. With Pedro Caetano and Renato Gaetani, he composed other songs until becoming acquainted with the someone who would bring his poetry to unsuspected heights: Nelson Cavaquinho. Cavaquinho, an incurable Bohemian and friend of the drunken and prostitutes, he lived virtually at humble bar tables. DeBrito used to come by train from the far away blue collar suburbs, getting off downtown, where he worked. Always passing in front of Bar São Jorge in Ramos where Cavaquinho was frequently surrounded by fans early in the morning, when DeBrito returned home at night, Cavaquinho would still be there. On one of those occasions, still in 1955, he approached Cavaquinho with his uncompleted samba "Garça." Cavaquinho liked the samba and wrote the bridge; it was the beginning of a long (30 years) and fruitful partnership. They settled a pact of musical fidelity, which was broken a couple of times (one was in the song "Rei Vagabundo," with José Ribeiro) by Cavaquinho, under alcohol's effluviums. In that same year, the duo wrote "Cinzas" (with R. Gaetani), in 1956 "Pranto de Poeta," and, in 1957, their masterpiece "A Flor e o Espinho" (with Alcides Caminha). Caminha was broadly known in Brazil as an erotic cartoonist who signed under the pseudonym of Carlos Zéfiro. His only participation in the song was the amount paid by him, three contos de réis. According to DeBrito, when there is anyone other than he and Cavaquinho in one of their songs, the person paid to be included in the credits.nn Orlando Silva, one of the biggest interpreters of Brazil, recorded old songs by DeBrito: "Quando as Aves Emigram" (with Leduvi Pina) was recorded in 1959 through Odeon and "Palavras" (with the same partner) was recorded in 1962 through RCA. In the '60s, he enjoyed the success brought by his songs in partnership with Cavaquinho, performing in live theater (notably the important show Opinião) and TV shows. He appeared on Cavaquinho's self-titled LP (Odeon, 1973) singing "A Flor e o Espinho" and "Quando eu Me Chamar Saudade" (both by the duo). In the '80s, he recorded the solo album Guilherme DeBrito (Eldorado). After Cavaquinho's demise, he composed with Alcyr Pires Vermelho, Tito Madi, Monarco, Nelson Sargento, Evaldo Gouveia, and Fagner, and performed in sporadic solo shows, like the one at the Teatro da UERJ in 1996 to commemorate his 75 years, and one in São Paulo's Villagio Café in 2000. ~ Alvaro Neder 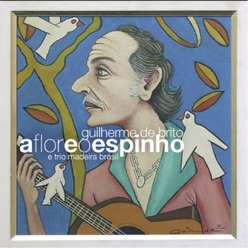 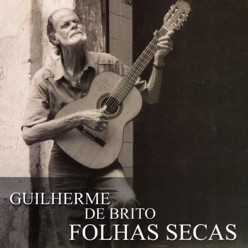 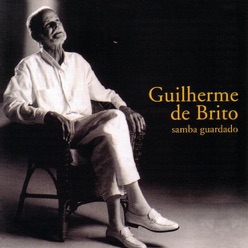