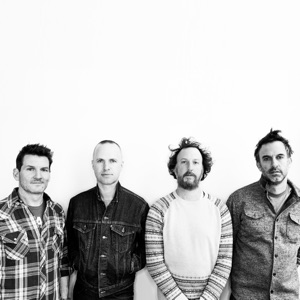 ORIGEN
West Somerville, MA
FORMACIÓN
1991
Acerca de Guster
A versatile and literate East Coast alt-rock institution, Guster emerged in the mid-'90s with a quirky amalgam of acoustic folk and pop before adopting a more robust sound that blended stadium-ready Brit-pop grandeur with proletariat American trad-rock. Known for their earworm hooks, soaring choruses, deft guitar noodling, and early on, their distinctive hand-drumming, the band broke big in 1999 with the release of their third studio effort, Lost and Gone Forever, which included the breezy hit single "Fa Fa." Subsequent LPs like Ganging Up on the Sun (2006), Easy Wonderful (2010), and Look Alive (2019) found similar success, yielding numerous charting singles that found their way into popular television shows and films.nn Although they evolved into a full-fledged pop band, Guster began their career as an offbeat acoustic trio. The band, whose three co-founders met during freshmen year at Tufts University, spent most of the '90s touring the college circuit and releasing independent albums, all of which featured hand percussion in lieu of a traditional drum set. Released in 1999, Lost and Gone Forever widened the bands sound considerably, and the follow-up album found percussionist Brian Rosenworcel playing a drum set on several songs. Multi-instrumentalist Joe Pisapia joined the line-up in 2003, allowing Guster more freedom to explore a combination of folk, pop, and rock.nnGuster formed in 1991, when Ryan Miller, Adam Gardner, and Brian Rosenworcel first crossed paths at college orientation. Originally called Gus, the trio played local shows around the Boston area before releasing an independent album, Parachute, in 1994. By 1996, theyd elongated their name to Guster and recorded a second album, Goldfly, which netted the band a contract with Sire Records. Sire reissued Goldfly in 1998, and the bandmates decamped to a recording studio later that year to work with producer Steve Lillywhite. Released in 1999, Long and Gone Forever became the bands unofficial breakthrough album, cracking the lower reaches of the Billboard charts and spinning off a hit single, Fa Fa, which peaked at number 26 on the Adult Top 40.nn Compared to Guster's early albums, Long and Gone Forever was downright lush, with strings and horn sections beefing up the band's standard mix of bongos, vocal harmonies, and folk-pop songwriting. Guster went even further with their follow-up effort, Keep It Together, which featured drum kit percussion and contributions from a talented multi-instrumentalist named Joe Pisapia. The album was released during the summer of 2003, where it cracked the Top 40. Meanwhile, the band also released a fake version of the record, The Meowstro Sings: Guster's Keep It Together, in which Gusters vocal tracks were replaced with simulated cat meows. The so-called meow mixes were released online in an attempt to battle illegal file sharing.nnSeveral months after Keep It Togethers release, Pisapia joined the group permanently. He made his official debut on the 2004 concert album Guster on Ice, which found the guys playing selections from all of their albums. Now a four-piece outfit, Guster returned in 2006 with their richest-sounding album to date, Ganging Up on the Sun. The group's sixth studio album, Easy Wonderful, which was partially recorded in Pisapia's Middletree Studios in Nashville, was released in October of 2010. Around that time, Pisapia announced he wouldn't be touring with the band any longer, choosing instead to play with k.d. lang full-time. He was replaced in the touring line-up by guitarist Luke Reynolds, a former member of the band Blue Merle. The Richard Swift-produced Evermotion, the band's seventh studio long-player, arrived in early 2015 via their own Ocho Mule label. January 2019 saw the band issue their electronics-leaning eighth full-length effort, Look Alive, which was produced by Leo Abrahams and recorded in a vintage keyboard museum in Calgary. ~ Andrew Leahey 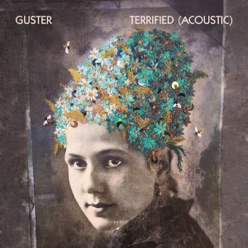 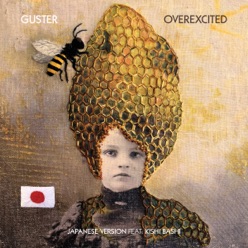 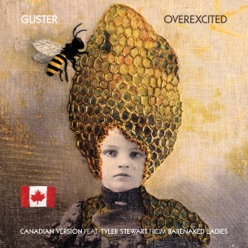