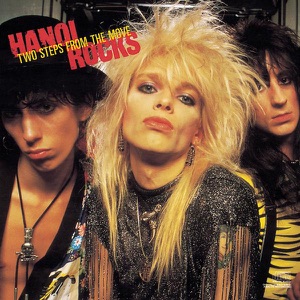 ORIGEN
Helsinki, Finland
FORMACIÓN
1980
Acerca de Hanoi Rocks
Finland's major export to the world of heavy metal, Hanoi Rocks, drew much of their sound and inspiration from '70s glam rock and were thought by some to have fused the two styles more successfully than similar acts such as Mötley Crüe. Hanoi Rocks were founded in 1980 by singer Michael Monroe (born Matti Fagerholm) and guitarist Andy McCoy (born Antti Hulkko); after some lineup changes, the rest of the group consisted of guitarist Nasty Suicide (born Jan Stenfors), bassist Sam Yaffa (born Saki Takamäki), and drummer Gyp Casino (born Jesper Sporre). All members except Monroe had previously played with one or both of the Finnish punk bands Briard and Pelle Miljoona Oy. Their Scandinavian-only (at first) debut album, Bangkok Shocks, Saigon Shakes, Hanoi Rocks, was released in 1981, and the bandmembers soon went to London to promote themselves and record Oriental Beat. After it was completed, Casino was fired and replaced by ex-Demon Preacher and Dark drummer Nicholas "Razzle" Dingley.nn Hanoi Rocks signed to CBS in 1983 and began to spread their name in Britain; their remake of Creedence Clearwater Revival's "Up Around the Bend" became their only U.K. chart single the next year, from the album Two Steps from the Move. The band ended the year with a tour of the U.S., but Razzle was killed in a tragic automobile accident while a passenger in Mötley Crüe lead singer Vince Neil's car. (Neil was convicted of vehicular manslaughter.) Razzle was replaced by ex-Clash drummer Terry Chimes, but things were not quite the same for Monroe. He gave the band notice early in 1985, and the group broke up in May after a farewell concert. Chimes, McCoy, and Suicide formed the short-lived Cherry Bombz, Yaffa joined Jetboy, and Monroe recorded a solo album, Not Fakin' It, that briefly made the U.S. charts in 1989. Monroe, Suicide, and Yaffa reunited in 1994 as Demolition 23.nn However, Monroe and McCoy re-formed Hanoi Rocks in 2002, releasing Twelve Shots on the Rocks on the Major Leiden label, and started touring once again. The new lineup of the band issued Another Hostile Takeover, also on Major Leiden, in 2005. That year and the next, Hanoi Rocks toured Europe and Asia, and in 2007 the group released a new full-length, Street Poetry, on Demolition Records. But Monroe and McCoy announced what would appear to be the final breakup of Hanoi Rocks in 2008, and the group subsequently played a series of farewell shows at Helsinki's Tavastia Club.nn In 2017, Finnish label Ainoa Productions released Rebels on the Run, a compilation of rare B-sides and EP-only tracks from the early '80s, remastered by Mika Jussila (Nightwish, Reckless Love). ~ Steve Huey 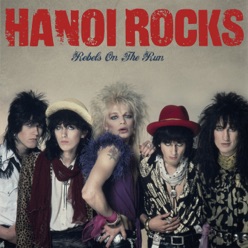 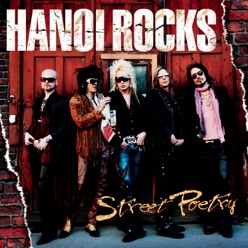 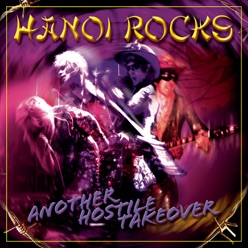