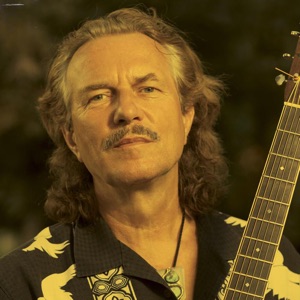 CIUDAD NATAL
Enschede, The Netherlands
NACIMIENTO
5 de abril de 1948
Acerca de Hans Theessink
Austria-based acoustic and electric folk musician and bluesman Hans Theessink brings a freshness of appreciation to the American blues idiom, whether it's classic blues from the '20s and '30s or more modern urban blues from Chicago from the '50s and '60s. Theessink's discography of more than 20 albums -- all released in Europe -- includes his fresh takes on songs by Chuck Berry, John Fogerty, and Jimmy Cliff, as well as more familiar blues fare by Rufus Thomas, Willie Dixon, Leadbelly, and even country icon Hank Williams. Aside from singing blues, country, and pioneering rock u0026 roll songs well, he also includes gospel tunes in many of his live shows and on his albums -- ranging from 1978's Slow u0026 Easy and 1989's Johnny u0026 the Devil to 1994's Hard Road Blues, 2003's Songs from the Southland, and 2008's Visions, co-billed to Theessink and Terry Evans.nnTheessink began playing guitar in his teens, and by the mid-'60s he was part of a skiffle group. Skiffle music was quite popular in Ireland and England and other parts of Europe at that time, but once he heard Big Bill Broonzy perform on Radio Luxembourg, he had a revelation. He had never heard the guitar played so well by just one person, so it opened his eyes to the possibilities that blues and blues-based music could offer. He made a splash on the U.S. folk festival circuit in the late '80s, and Chicago-based Flying Fish Records issued his American debut, Baby Wants to Boogie (1987), which Theessink later re-released on his own label. A big part of his appeal as a performer and recording artist is his approach to cover songs. Rather than cover a Willie Dixon or Robert Johnson song to sound like the original artist might, Theessink takes an old gospel standard like "Will the Circle Be Unbroken," polishes it up, and makes it shine in his own way. His original songs offer up an outsider's perspective on places and things around the South that too many Americans take for granted.nn Among Theessink's many fine albums are the aforementioned Baby Wants to Boogie, Hard Road Blues (1995), Journey On (1997), Bridges (2004), Songs from the Southland (2004), Slow Train (2007), Visions (2008), Delta Time (2012) -- the latter of which was a collaboration with Ry Cooder and Terry Evans -- and the 2015 concert LP True u0026 Blue. All of these albums were released on his own Blue Groove Records label and may be difficult to find in U.S. record stores, even ones specializing in jazz and blues. Theessink is based in Vienna when he's not on the road, and he continues to tour frequently around Europe, Australia, and New Zealand. The acclaimed Journey On and Johnny u0026 the Devil were remastered and reissued in 2016, precipitating a tour, and in 2019 his 70th Birthday Bash album was released and the subject of a television special. It featured the guitarist and songwriter with a cast of friends -- including the Blind Boys of Alabama, Ernst Molden, Jon Sass, Dorretta Carter, Champagne Charlie, and others -- delivering an overview of Theessink's long career with many folk-blues and gospel classics adorning the set list. ~ Richard Skelly 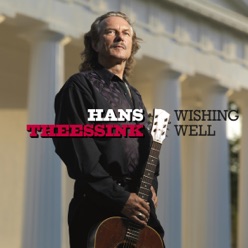 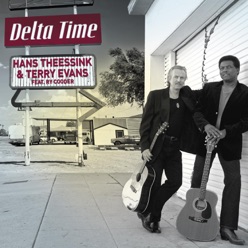