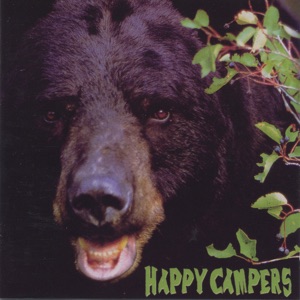 Acerca de Happy Campers
Las Vegas musicians have often been stereotyped as Wayne Newton disciples, but in fact, the city's music scene also offers everything from jazz to alternative rock, hip-hop, and urban contemporary. And Vegas is the home of the Happy Campers, an emo/punk-pop/alternative pop/rock trio along the lines of Green Day. The group was formed in 1996 by lead singer/guitarist/lyricist Isaac Irvine, aka Isaac Campa (b. November 25, 1975, Ohio), who was a student at the University of Nevada, Las Vegas (UNLV) and was studying to become an art teacher. After a few years, the band developed a small local following and took up more and more of Irvine's time; nonetheless, he continued to attend UNLV on a part-time basis and hoped to obtain a degree eventually. The name Happy Campers is actually ironic because many of their lyrics aren't happy; like a lot of emo artists, Irvine often favors an introspective, confessional writing style and tends to focus on things like romantic disappointments and dysfunctional relationships (although not without a sense of humor). And on occasion, Irvine's lyrics have ventured into sociopolitical territory and addressed topics ranging from U.S. foreign policy to deadbeat dads. The Campers' first recording was a demo titled Crappy Pampers, but their first official album was Campfire Songs, which Irvine released on his own label, Money Ass Records, in 1997. The group's second album, S'more Core, came out on Monkey Ass in 2000.nnIrvine, who is an asthmatic, had a nasty scare in 2002, when he suffered an unusually severe attack at a concert he was attending with some friends. The attack was almost fatal; his lungs completely closed, and Irvine (who was 26 at the time) blacked out. After being kept on life support overnight, Irvine spent about a week in the hospital. Sadly, he had no health insurance, and Irvine's medical bills added up to almost $50,000. Hoping to ease Irvine's financial burden and possibly save him from having to file for bankruptcy, the Campers joined forces with the Nevada Partnership for Homeless Youth (NPHY) and helped organize a benefit concert. As a rule, the NPHY devotes its time to helping homeless adolescents, but the organization made an exception in Irvine's case. When the benefit show was held in late 2002, all of the monetary donations went to Irvine; donations of canned food, clothing, and other items went to the NPHY. Despite Irvine's financial problems, the Happy Campers kept plugging away -- and in 2003, their third album (which is self-titled) was released on Monkey Ass. The Campers have had their share of lineup changes along the way; in 2003, Irvine was joined by bassist Gene Boothe, aka Gene Bean (b. September 7, 1981, Colorado) and Jason Leigh Losey, aka Master Jay (b. December 15, 1981, Westminster, CA). The early 2000s found Irvine dividing his time between singing with the band, working a part-time "day gig" as a bartender/waiter, and continuing to attend UNLV (where, as of 2003, he was close to obtaining a degree). ~ Alex Henderson 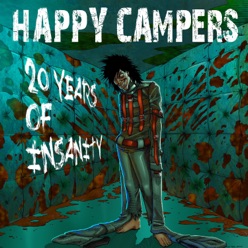 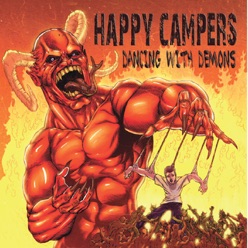 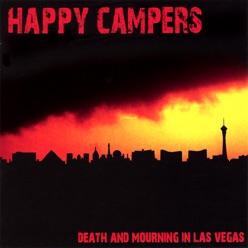