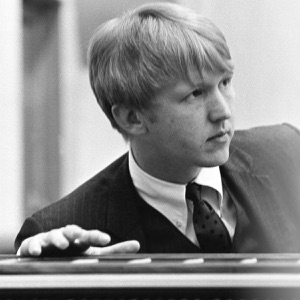 CIUDAD NATAL
Brooklyn, NY
NACIMIENTO
15 de junio de 1941
Acerca de Harry Nilsson
Although he synthesized disparate elements of both rock and pop traditions, singer/songwriter Harry Nilsson was at heart a maverick whose allegiance belonged to neither. His initial series of albums in the late '60s made him a personal favorite of the Beatles, who found a natural affinity with his knack for catchy melodies, witty lyrics, and extraordinary vocal range. Thought of as a songwriter first and a performer second, he became a pop star himself in the late '60s and early '70s with "Everybody's Talking" and "Without You." He lost some of his original audience, however, with subsequent detours into pre-rock styles of pop, and did little recording over the last 15 years of his life.nn Nilsson had been struggling to make inroads into the music business for over five years before his critically acclaimed 1967 album, Pandemonium Shadow Show. He made demos, sang commercial jingles, and shopped songs, all the while keeping his job at a Los Angeles-area bank. In the mid-'60s, he wrote a few songs with Phil Spector that were recorded by the Ronettes and the Modern Folk Quartet; occasionally he released records of his own. The Monkees recorded his "Cuddly Toy," and the Yardbirds did "Ten Little Indians" on a single in their waning days. But Nilsson didn't quit his bank job until after the release of Pandemonium Shadow Show, which gave him creative rein in the studio for the first time, and showcased his three-and-a-half-octave voice to full advantage.nn The album caught the attention of the Beatles (helped, no doubt, by its ingenious medley of classic Beatle tunes, "You Can't Do That"). John Lennon and Paul McCartney named him as their favorite American singer at a press conference, an extraordinary accolade for an unknown. (Nilsson was sometimes even rumored to be joining the group.) Three Dog Night took his "One" into the Top Ten in 1969, and Nilsson's second LP, Aerial Ballet, continued the ambitious pop/rock direction of his debut, marrying his slightly eccentric, bouncy (if sometimes precious) tunes to baroque orchestral production. When one of its songs, "Everybody's Talkin'," was used as the theme for the Midnight Cowboy film, Nilsson had his first Top Ten hit. The irony was that, although Nilsson was primarily identified as a singer/songwriter, the song was actually a cover of a composition by folk-rocker Fred Neil.nnBut Nilsson would never be content to be pigeonholed into definite categories, as demonstrated by his two 1970 albums. One was devoted entirely to covers of songs by Randy Newman (then just emerging as a performer); another was his soundtrack to an animated children's special, The Point (including the hit "Me and My Arrow"). And it was another cover (of a Badfinger album track) that gave him his biggest single, the number one smash "Without You." Yet Nilsson didn't cash in on his stardom in a conventional manner; he never performed in concert (there were occasional television appearances), preferring to craft his artistry in the studio.nn "Without You" appeared on 1971's Nilsson Schmilsson, which included a couple of other hits, the faux-tropical "Coconut" and the surprisingly gritty "Jump Into the Fire," which rates as his hardest-rocking cut. During the first half of the 1970s, he continued to broaden his range from the well-crafted, peppy, sensitive tunes that had dotted his early releases, cutting some tougher, more sour work. He lost some of his constituency, however, with 1973's A Little Touch of Schmilsson in the Night, a collection of pre-rock pop standards with an orchestra conducted by arranger Gordon Jenkins (most noted for his work with Frank Sinatra). His affection for the music wasn't entirely surprising, as there had always been a strong Tin Pan Alley flavor to much of his writing, but it wasn't exactly in step with the times.nn Much of Nilsson's notoriety stems from a period in the mid-'70s when he was a drinking buddy of John Lennon in Los Angeles (where Lennon was living during a separation from Yoko Ono). The drunken pair were thrown out of L.A.'s Troubadour club in a well-publicized incident, following which Lennon offered to produce Nilsson's next album. The timing was not opportune; Nilsson lost his voice during the sessions, rupturing one of his vocal cords, keeping it a secret out of fear that Lennon would abandon the project. Released as Pussy Cats, it was his last album to make the Top 100. During the same period, he also embarked on a project with another L.A.-based ex-Beatle, Ringo Starr, acting and writing music for the little-seen Son of Dracula film.nnThe upper register of Nilsson's voice, which was ultimately his greatest asset, had been permanently (though not irredeemably) damaged. After a few rather unsuccessful late-'70s album, Nilsson withdrew from the studio into family life and other business ventures, spending much of his energies campaigning for gun control after Lennon was shot in 1980. In failing health in the 1990s, diagnosed with diabetes and suffering a massive heart attack, he died in early 1994, just after finishing the vocal tracks for a new album. ~ Richie Unterberger 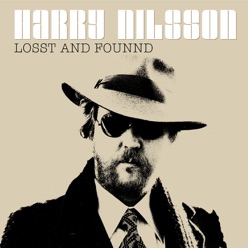 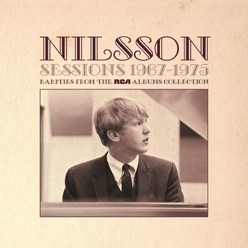