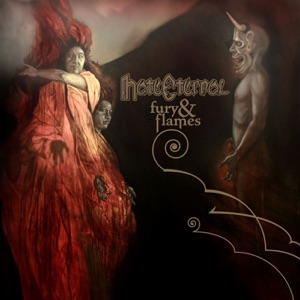 ORIGEN
St. Petersburg, FL
FORMACIÓN
1997
Acerca de Hate Eternal
Hate Eternal are an uncompromising, ultra-fast death metal/grindcore band led by former Morbid Angel and Ripping Corpse guitarist Erik Rutan. Building off of a foundation put down by Floridian death metal pioneers like Death and Obituary, the band emerged in the late 1990s with a technically complex take on the genre, an esthetic that they perfected on standout LPs like Fury and Flames (2008), Phoenix Amongst the Ashes (2011), and Infernus (2015).nn Hate Eternal presented a change for Rutan in that the group found him doing much of the lead singing in addition to playing guitar. Nonetheless, Hate Eternal's late-'90s material was quite similar to the type of things that Rutan had done in the past. With Rutan having recruited fellow guitarist Doug Cerrito (formerly of Suffocation), bassist Jared Anderson, and drummer Tim Yeung, Hate Eternal signed with Wicked World in 1999 and recorded their first album, Conquering the Throne. Shortly afterward, Yeung was replaced by Derek Roddy and Rutan left Morbid Angel to focus on Hate Eternal, and in 2002 the band released its second album, King of All Kings, on Earache. Hate Eternal set out on tour to promote the album, but quickly ran into trouble when they had to replace Jared Anderson with Randy Piro due to a drug problem. In 2005, the band returned with its third album, I, Monarch. While the album was met with favorable reviews by critics, the band suffered from internal problems and had to cancel its touring, with Roddy leaving the group in 2006. Rutan recruited drummer Jade Simonetto to replace him the following year, and the band got back to recording, releasing the triumphant Fury and Flames on Metal Blade in 2008, which became their highest-charting LP to date. Two years later, Piro was replaced by bassist J.J. Hrubovcak just before the band went into the studio to begin work on its fifth album, Phoenix Amongst the Ashes, which was released in early 2011 and reached number 18 on the U.S. Heatseekers chart. The band moved to Season of Mist for their sixth studio long player, 2015's punishing Infernus, which marked the debut of drummer Chason Westmoreland from Burning the Masses. Westmoreland left the fold shortly after the album's release, and was replaced by Hannes Grossmann (Blotted Science, Necrophagist), who made his first studio appearance on 2018's Upon Desolate Sands. ~ Alex Henderson 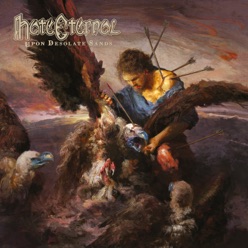 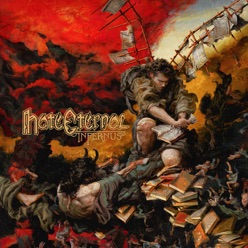 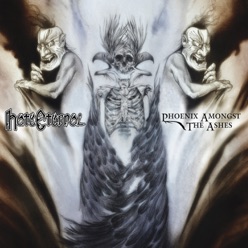