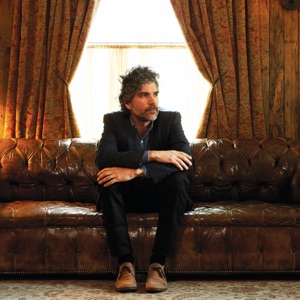 CIUDAD NATAL
Toronto, Ontario, Canada
NACIMIENTO
1971
Acerca de Hayden
Toronto's Hayden Desser spent the bulk of two decades creating uniquely affecting music through a combination of rock and folk flourishes, personal sentiments, and a voice that channeled both the falsetto highs of Neil Young and the wavering raspy low tones of Leonard Cohen. The critically acclaimed musician first appeared in the early '90s, armed with only a four-track tape recorder like his heroes in Sebadoh and Pavement. Coupling his unnaturally low range with an extremely detuned guitar, Hayden recorded a self-released cassette, In September, in 1994, and much of the material included evolved into his first official LP, Everything I Long For. Released in 1995 on his own imprint, Hardwood Records, the debut disc was simultaneously beautiful and horrifying, with insights into the humanly mundane as well as more troubling tales that retained an oddly personal edge. A few lucky breaks, including a U.S. tour with Guided by Voices and some MTV airplay, brought Hayden further into the spotlight and generated enough interest for the disc to be reissued by Outpost Recordings, an offshoot of Geffen Records.nn Over the next few years, Hayden remained remarkably productive, issuing a slew of indie singles and EPs that have since become out of print collectors' items. The year 1996 saw the release of the four-song Mild and Hazy 7" (Hardwood Recordings), which included a thunderous cover of the Pixies' classic "Gouge Away," as well as a hard to find split 7", Lunar Landing Confirmed, whose track list also featured Canadian cohorts Poledo. Two Poledo members, Mitch Roth and Kid Lunch (aka Joshua Malinsky), went on to become fixtures of Hayden's touring and recording band. Meanwhile, Hayden was also featured on the soundtrack to the 1996 Steve Buscemi-directed film Trees Lounge, for which he provided the moody but decidedly rocking title track.nn Hayden ushered in 1997 with yet another 7", Carry on Mentality, on the Canadian label Landspeed Records. The same year also saw the release of the singer/songwriter's first EP, Moving Careful (Sonic Unyon Records/Hardwood Records). A fitting continuation of the first LP, Moving Careful was a mostly acoustic, eight-song outing that continued the Hayden tradition of finding haunting beauty and heartbreak in things as simple as a haircut or a shared cigarette. As the year closed out, the artist began working on his second LP, which would represent both a mild stylistic divergence and the beginning of a series of unfortunate events.nn The Closer I Get, released by Outpost in 1998, was Hayden's first international release, as well as his first completely major-label outing. The record was a slight shift from his past efforts and featured a full band on most tracks, along with a more rock-oriented feel in comparison to his earlier folky efforts. The first single, the drum machine-powered "The Hazards of Sitting Beneath Palm Trees," received modest airplay, and touring stints with Juliana Hatfield and the Tragically Hip brought Hayden to a slightly larger audience -- but as critical applause and adoration from his disarmingly loyal fans increased, major commercial success continued to elude him. Within the next year, Outpost was dissolved and Hayden was dropped from the Geffen imprint altogether.nn Over the next few years, he disappeared from the public eye and was rarely seen outside of his hometown. An absence of new material was disheartening, but despite his reclusive status, a growing Internet fan base kept hope alive and waited patiently to hear anything at all. A few mysterious rumblings began in early 2001, and by the middle of the year it was announced that Hayden was at work in his home studio on some type of new recording. One hundred handmade copies of Skyscraper National Park, Hayden's third full-length album, surfaced at the end of the summer -- and based on the instant buzz, a second limited-edition run of 1,500 was created for a short Canadian tour that fall. Despite his long absence, the shows were a series of well-received and mostly sold-out affairs, and the disc's second pressing disappeared almost as quickly as the first. With such positive feedback welcoming him back to the music scene, Hayden was finally persuaded to release the record to a wide audience through the now Universal-distributed Hardwood Records in October 2001. The 11-track disc aligned itself with his quieter early material, albeit with a newfound sense of playful happiness and a greater reliance on the higher-range vocals that were previously avoided.nnIn 2002, Hayden switched his label alliances to Badman and surfaced with a concert recording entitled Live from Convocation Hall. The double-disc record captured a sold-out stint in Toronto and included material from Hayden's three previous albums, as well as a cover of Neil Young's "Tell Me Why." His next studio recording, 2004's Elk-Lake Serenade, proved to be his best album to date, while 2008's In Field u0026 Town saw him returning, once again, to his acoustic roots. In an uncharacteristic move, Hayden made a quick return to the studio, where he recorded The Place Where We Lived in time for a May 2009 release. The year 2013 saw the release of Us Alone, a relatively stripped-down and deeply personal collection of new songs. Much of 2014 was spent either on tour or hard at work on eighth album Hey Love. Recorded almost completely in his Toronto-based home studio, it shared a similarly confessional and melancholic tone as its predecessor. The album was released in early 2015 by Arts u0026 Crafts. ~ Peter J. D'Angelo 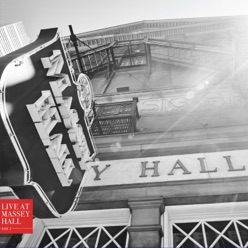 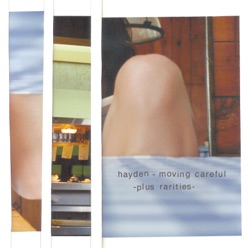 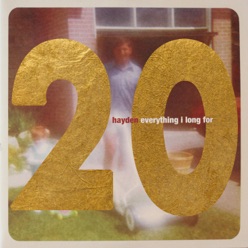