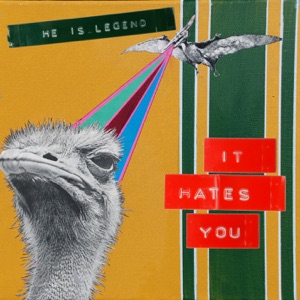 ORIGEN
Wilmington, NC
FORMACIÓN
2003
Acerca de He Is Legend
North Carolina post-hardcore act He Is Legend may have taken their name from Richard Matheson's vampire horror classic I Am Legend (the inspiration for the cult film The Omega Man, among others), but the band's take on screamo is more positive than most groups, so much so that they regularly deflect the idea that He Is Legend is a Christian rock band, particularly endemic among those who misunderstand the derivation of the name. He Is Legend formed in 2000, as its members were graduating from high school in Wilmington, North Carolina. Singer Schuylar Croom, lead guitarist Adam Tanbouz, rhythm guitarist McKenzie Bell, bassist Matt Williams, and drummer Steven Bache cycled through a variety of band names and musical approaches before establishing themselves as He Is Legend. After a self-released demo, A Kiss That Killed the One We Love (No One Wins), the band signed with the small indie label Tribunal Records to release their first EP, 91025, in the summer of 2004. Following that, He Is Legend signed with the more established label Solid State Records to release their full-length debut, I Am Hollywood, later the same year. After a two-year break, during which the band only released a split EP, Black Unicorn, with the band Classic Case, He Is Legend returned with their second full-length, Suck Out the Poison, in the fall of 2006. Guitarist McKenzie Bell left the group shortly after the album's release, and was replaced by Classic Case six-string wielder Mitch Marlow. In May 2009 the band issued the single "The Primarily Blues," in anticipation of the release of their third studio long-player It Hates You, which dropped later that July. By the end of the summer, the band had gone on an indefinite hiatus, but returned in 2011 for a reunion show in their hometown of Wilmington. More lineup changes followed, with drummer Steve Bache leaving fold. In February 2014, they dropped "Something Witchy," the first single from their next full-length, Heavy Fruit, which arrived later that August via Tragic Hero. Few, the band's entirely crowd-funded fifth long-player, followed in 2017. ~ Stewart Mason

Discografía de He Is Legend 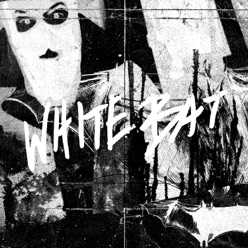 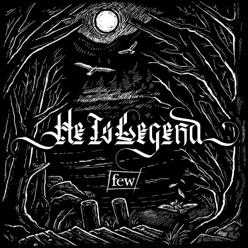 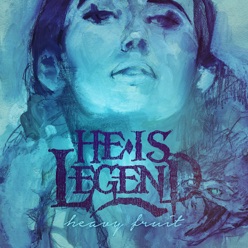 He Is Legend en Noviembre