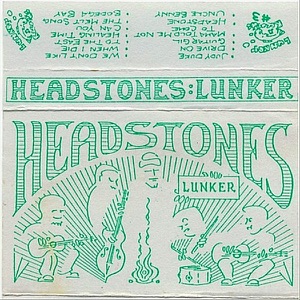 ORIGEN
Texas
Acerca de Headstones
Playing tough, uncompromising hard rock with a strong punk influence, the Headstones were one of the most successful bands on Canada's alternative rock scene in the '90s and 2000s, while the band's lead singer, Hugh Dillon, also enjoyed a successful career as an actor in film and television. The first edition of the Headstones formed in Kingston, Ontario in 1987, with Dillon on vocals, Trent Carr on guitar and vocals, and Mark Gibson on drums. The band soon developed a local reputation for having a wise-guy attitude and not going out of their way to please others; they had trouble getting gigs, and broke up for a spell, in part due to Dillon's problems with drugs.nn In 1990, the band re-formed with a new bass player, Tim White, and a storming performance at a Toronto club led to the band's demo tape being handed over to an MCA Records Au0026R executive. MCA signed the Headstones, and their debut album, 1993's Picture of Health, went platinum in Canada after the first single from the LP, "When Something Stands for Nothing," became a hit. The band's second album, 1995's Teeth and Tissue, found the band breaking in a new drummer, Dale Harrison, who replaced Mark Gibson. The album fared well, going gold, and Dillon became the band's breakout star when he landed a small but showy role in Bruce McDonald's 1994 film Dance Me Outside. In 1996, Dillon landed one of the leading roles in McDonald's next project, 1996's Hard Core Logo, in which he delivered a memorable performance playing an arrogant punk rock singer, Joe Dick. Like its predecessor, the Headstones' third album, 1996's Smile and Wave, went gold in Canada, and led to the group winning Juno Awards for Best Group and Best Rock Album. The band took time off after Smile and Wave, as Dillon successfully went through treatment for drug addiction and Carr and Harrison both became fathers.nn The Headstones reconvened in 2000 to release their fourth album, Nickels for Your Nightmares, which didn't fare as well in the marketplace as the group's earlier work. The Headstones parted ways with MCA/Universal, and issued 2002's The Oracle of Hi-Fi on Maple Music before announcing their breakup in 2003. Dillon went on to launch a solo project, Hugh Dillon's Redemption Choir, while continuing to work as an actor. In February 2011, Hugh Dillon, Trent Carr, and Tim White re-formed the Headstones for a concert tour, and six months later the group released a new song, "binthiswayforyears." The tune turned out to be a preview of the group's reunion album, Love u0026 Fury, which rose to the Canadian Top Ten. Another album, a collection of Headstones favorites re-recorded in acoustic arrangements titled One in the Chamber Music, followed in November 2014. The Headstones teamed with Cadence Music to release their 2017 effort, Little Army, which saw the addition of new members Rickferd Van Dyk on guitar, Steve Carr on keyboards, and Lyle Molzan on drums. ~ Mark Deming 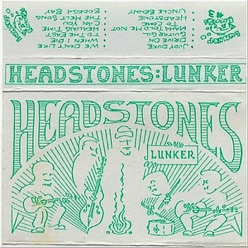