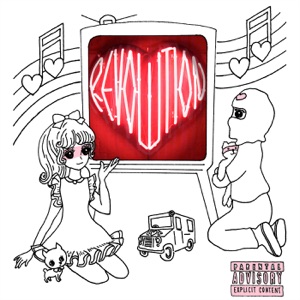 Acerca de Hearts Revolution
Equally cute and confrontational, New York's brash synth pop outfit Heartsrevolution features Leyla "Lo" Safai, Ben Pollock, and drummer Terry Campbell, who joins the duo for live shows. Taking their name from "Her Jazz," a song by the riot grrrl band Huggy Bear, the group's origins date back to 2005, when Safai asked Pollock to write music for the Heartschallenger ice cream truck (which helped fund the band's releases and was later named Best Band Vehicle by Rolling Stone). Heartsrevolution's self-released debut single "C.Y.O.A." arrived in 2007; later that year, they shared a split single with Crystal Castles. They released a slew of short-form releases in the late 2000s, including 2008's Switchblade EP and Ultraviolence single, and 2009's Hearts Japan EP. That year, the band's song "Dance Till Dawn" was played on the CW show Gossip Girl. Heartsrevolution began work on their first full-length and also embarked on some ambitious art projects, which included covering Heartschallenger in Swarovski crystals (a task that took the band two and a half years) and Street He(art), an installation of over 2,000 hanging stuffed animals that appeared in New York, Los Angeles, and Tokyo. The group resurfaced in 2011 with the Are We Having Fun Yet? mixtape, a set of songs featuring tracks by Marilyn Manson, Pink Floyd, and the Shangri-Las. In 2013, Heartsrevolution celebrated their move to Skrillex's OWSLA label with the July release of the Ride or Die EP, their first new music in almost four years; it was followed that December by the Revolution Rising mixtape, on which Just Blaze was an executive producer. The duo's full-length debut, also titled Ride or Die, arrived in April 2014. ~ Heather Phares 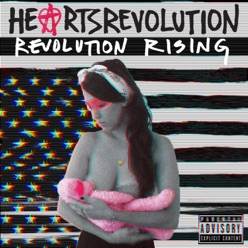 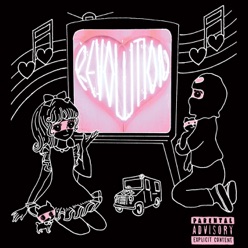 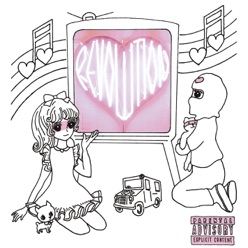