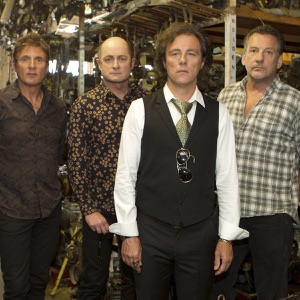 ORIGEN
Sydney, New South Wales, Australi
FORMACIÓN
1981
Acerca de Hoodoo Gurus
Like most bands, Australia's Hoodoo Gurus were largely the product of their influences; unlike most bands, however, the Hoodoos channeled their inspiration from the vast entirety of the American pop cultural landscape, drawing on such disparate sources as B-movies, bad sitcoms, and junk food -- in tandem with the usual suspects like garage rock, power pop, and surf -- to create a distinctly kitschy and catchy sound. Formed in Sydney in 1981, Le Hoodoo Gurus (as they were originally dubbed) were led by singer/songwriter Dave Faulkner, who along with drummer James Baker previously served as a member of the short-lived Perth punk unit the Victims (best known for the autobiographical single "Television Addict"). Ex-Scientist Rod Radalj and Kimble Rendall rounded out the group's initial lineup, and their unique sound (three guitars, no bass) -- along with Faulkner's infectious songs -- quickly earned them a record deal. After issuing the 1982 debut single "Leilani," both Radalj and Rendall quit, and were replaced by former Super-K guitarist Brad Shepherd and bassist Clyde Bramley.nn In 1983, the Hoodoo Gurus (having dropped the French article) recorded their excellent debut record, Stoneage Romeos; dedicated to luminaries like F-Troop's Larry Storch and Green Acres' pig Arnold Ziffel, the album offered such trash-pop treats as the single "I Want You Back," "In the Echo Chamber," and "I Was a Kamikaze Pilot." Mark Kingsmill replaced Baker in 1985, leaving Faulkner the band's sole founding member. He responded by writing an even stronger batch of tunes for 1985's college radio smash Mars Needs Guitars!, an album highlighted by the superb single "Bittersweet" and marked by a widening scope that touched base with demented hillbilly humor ("Hayride to Hell") and crazed surf ("Like Wow -- Wipeout").nn With 1987's Blow Your Cool, the Hoodoos appeared poised for the big time; their tourmates, the Bangles, even contributed to the singles "What's My Scene" and "Good Times." However, the album failed to register beyond alternative radio, and Bramley exited, replaced by onetime Divinyl Rick Grossman. Released in 1989, Magnum cum Louder didn't fare much better -- although the singles "Come Anytime," "Another World," and "Baby Can Dance" all garnered significant airplay -- while 1991's Kinky featured "Miss Freelove '69," a smirking look at flower-power romance that was the latest in a long line of near hits. After a three-year hiatus, the Hoodoo Gurus returned with the harder-edged Crank, produced by Ed Stasium; Blue Cave followed in 1996.nn In 1998, the Gurus announced they were splitting up, and the career-spanning compilation Ampology was issued in 2000. Two years later, Dave Faulkner, Brad Shepherd, and Mark Kingsmill were working together again as members of the garage-influenced the Persian Rugs, and in 2004, after Faulkner had reworked "What's My Scene" from Blow Your Cool as a theme song for an Australian football team, the band reunited (with Rick Grossman returning on bass), staging a successful tour down under and releasing a new album, Mach Schau. In 2009 the Hoodoo Gurus inked a deal with Sony Music Australia, resulting in their ninth full-length album, 2010's Purity of Essence. ~ Jason Ankeny 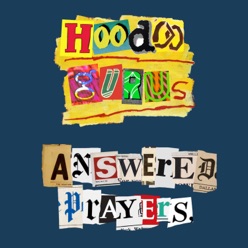 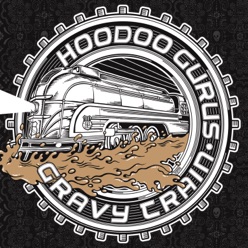 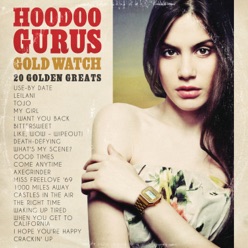