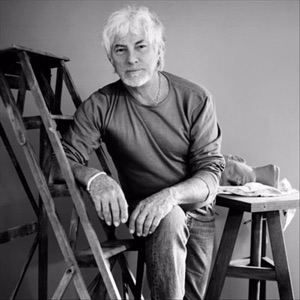 CIUDAD NATAL
Neuilly-sur-Seine, France
NACIMIENTO
18 de abril de 1929
Acerca de Hugues Aufray
The music of French folk troubadour Hugues Aufray existed in stark opposition to the prevailing yé-yé sound that dominated pop charts in the mid-'60s. A disciple of Bob Dylan who regularly adapted his hero's songs into French, Aufray nevertheless proved a popular favorite whose own compositions, most notably "Santiano" and "Celine," quickly entered the mainstream vernacular. Born August 18, 1929, in the Parisian suburb of Neuilly sur Seine, Hughes spent much of his adolescence in a Dominican school in the south of France after the German occupation forced his family to flee their home. Following his parents' divorce, he relocated with his father to Madrid, returning to Paris in 1948 to study at the Ecole des Beaux-Arts. To make ends meet, Aufray sang on the streets for spare change, eventually leaving school a year later to fulfill his military duty by serving a stint in the Alps as a member of the mountain infantry. Aufray spent much of the 1950s singing in Parisian bars and cabarets, building a crowd-pleasing repertoire dominated by Latin American folk songs and Georges Brassens compositions. Only in 1959 did he begin to earn greater notoriety after winning a local amateur competition sponsored by radio station Europe n1. The exposure helped Aufray land a record deal with the Barclay label, and by year's end he issued his debut single, "Y'avait Fanny Qui Chantait." The record quickly captured the attention of Maurice Chevalier, who invited him to travel to the U.S. and perform as part of the "New York au Bal" all-star showcase.nnAufray stayed in New York City for several weeks, and after a brief return to Paris he again traveled stateside, befriending folk superstars Peter, Paul u0026 Mary as well as a rising singer/songwriter named Bob Dylan. When Hughes again went home to Paris, he carried several Dylan compositions in his suitcase, also adopting the so-called "skiffle" style popular among students on both sides of the Atlantic. With 1961's "Santiano," Hughes scored his first hit, introducing a modern folk standard that remains a favorite of successive generations of schoolchildren. Two years later he entered the annual Eurovision Song Contest, representing Luxembourg with "Dès Que le Printemps Revient," and opened for rock superstar Johnny Hallyday at the famed Olympia. Finally, in 1965 he realized a longtime goal with Aufray Chante Dylan, a collection of Dylan covers that vaulted him to new fame throughout much of western Europe. The 1966 hit "Celine" proved another popular favorite, but in 1970 he abruptly changed course, abandoning the populist anthems and nature hymns of previous efforts to produce Avec Amour, a deeply intimate collection of love songs dedicated to his wife Helene. Commercial and critical reactions were profoundly mixed, and Aufray spent the next year in relative seclusion, tending to his farm in the Ardeche. He finally resurfaced in 1973 headlining the Paris cabaret Tête de l'Art, followed by a series of gigs dubbed "Espace Vert" presented at the Théâtre de la Renaissance.nnAufray spent the remainder of the decade making brief returns to the limelight followed by long stretches at his country home. He briefly emerged in 1976 with the album Aquarium, followed by a short solo tour, and two years later delivered the two-disc set Transatlantic, which he supported with a three-month stint at the Paris cabaret Don Camillo. But 1980's Hugues and 1982's Caravane passed without attendant live appearances, and only in 1983 did Aufray return to the stage, playing the Olympia as well as a short African tour. Petit Homme appeared two years later, but by now both radio and the press turned a deaf ear to Aufray's music. He nevertheless retained a loyal cult following and in 1991 celebrated his 30th anniversary as a recording artist with a series of sold-out dates at the Olympia (later yielding the 1993 live LP Route 91). With 1995's Aufray Trans Dylan, he returned to the music that was the source of his initial inspiration, and in 1999, at the age of 70, issued Chacun Sa Mer, an LP influenced by Celtic and Latin traditions. With 2005's Hugues Aufray Chante Félix Leclerc, Aufray celebrated another seminal influence, crediting the Quebecois legend with shaping his own decision to write and sing in French. ~ Jason Ankeny 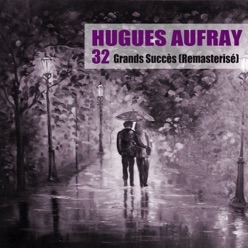 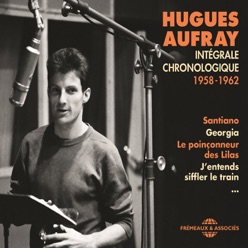 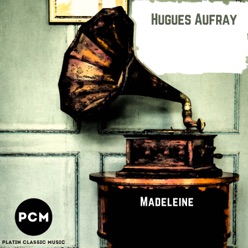