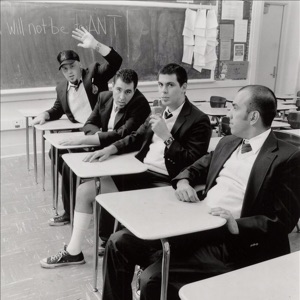 ORIGEN
Riverside, CA
FORMACIÓN
1995
Acerca de Alien Ant Farm
The SoCal alt-metal foursome Alien Ant Farm formed in 1996 with the raging singer/songwriter Dryden Mitchell, guitarist Terry Corso, bassist Tye Zamora, and drummer Mike Cosgrove. All were bored with their day jobs and sought something else to break them from corporate norms. Music allowed them to freely express themselves, and a friendship was born. They independently released their quirky debut, Greatest Hits, toward the end of the '90s and soon enough noise surrounded the band. It won the award for Best Independent Album at the 1999 L.A. Music Awards and Alien Ant Farm found themselves striking a deal with Papa Roach's New Noize, which is partners with DreamWorks.nn Two years later they made their major-label introduction with ANThology, issued in March 2001. Debut single "Smooth Criminal" was a funky metal mix of Michael Jackson's original song, and pop kids of the TRL generation loved it. The song hit number one on the modern rock charts, and the album eventually went platinum. A year later, between tours of Europe, the band was back in the studio recording new music. Their new song "Bug Bites" was featured in the Tobey Maguire flick Spiderman in May 2002. But while traveling in Spain to a gig in Portugal that same month, the band's bus collided with a truck, killing their driver, Christopher Holland. The band and crew members suffered various injuries as well, most seriously Mitchell, who fractured his C2 vertebra. Thankfully, he came out of surgery able to walk, though suffered some nerve damage and a slight loss of motion.nn Committed to getting back to work and pushing the incident aside, Alien Ant Farm hit the studio to record their follow-up record. truANT was issued in May 2003, right as Dreamworks was dissolving as a label. As a result, the album barely made a splash on the U.S. charts, though the single "These Days" managed to crack the Top 30. Guitarist Corso subsequently exited the group and was replaced by Joe Hill. Zamora next left for college after recording of the band's fourth effort wrapped. Up in the Attic appeared in July 2006 on New Door Records, as hardcore vet Alex Barreto (Chain of Strength, Inside Out) entered on bass. Alien Ant Farm simultaneously released the DVD BUSted, which included music videos, live footage, and a candid documentary.nnUp In The Attic didn't perform especially well and the group entered a period of uncertainty. Bassist Tye Zamora departed to attend college--he was replaced by Alex Barreto--but he came back along with Terry Corso in 2008. However, progress was not linear for AAF: there were sideprojects abound until they started to play shows in 2009 (the same year as their first live album, Alien Ant Farm: Live in Germany). The original lineup reunited in 2010 and played shows with regularity over the next three years. As they started recording a new album, Zamora left once again. He was replaced by Tim Peugh and with the new bassist aboard, they set out to record a new album. Called Always And Forever, the record came out in February 2015. ~ MacKenzie Wilson 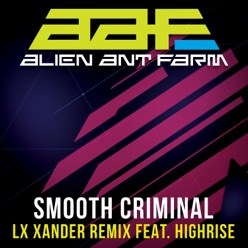 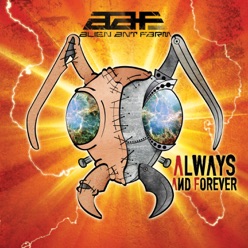 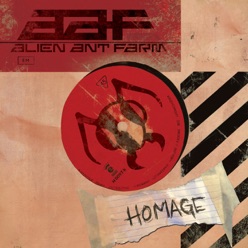