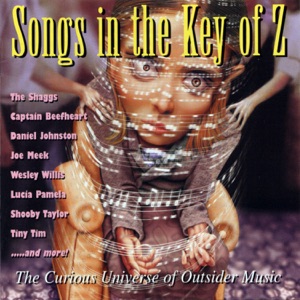 Acerca de Jandek
Some have described Jandek as the sort of musician who was destined to be a cult phenomenon, though it's quite remarkable that he's managed to attract any following at all. Jandek isn't an artist who has covered his tracks so much as he's struggled to avoid leaving any -- he releases his own albums, he only sells them by mail order, he doesn't talk to the press, he doesn't sit for photographs, and the rare few who've communicated with him can't even get him to admit he is Jandek (he prefers to identity himself as "a representative of Corwood Industries," the name of his self-run record label). This tends to fit the nature of his body of work, which is curious at best, frequently off-putting, and obsessively personal -- Jandek's recordings are dominated by spare, atonal guitar figures, mumbled vocals sometimes punctuated by fevered howls, self-abasing lyrics, minimal chord structures, and chaotic accompaniment (when there is any). However, while Jandek isn't interested in developing a warm relationship with his audience, his commitment to his muse is impressive -- Jandek released more than 45 albums between 1978 and 2006, with no signs that he intends to stop any time in the immediate future.nnJandek is believed to be the alias of one Sterling Smith, a resident of Houston, TX, though even this much has never been confirmed by the man from Corwood himself. Jandek's recording career began in 1978 with the release of an album called Ready for the House credited to the Units, though when it was learned there was already an active group called the Units, the billing was changed to Jandek. The front cover featured an enigmatic photo of a sparsely decorated living room and the back featured only basic information (artist, title, songs, Corwood's P.O. box in Houston) in black type on a white background. In 1981, a second Jandek album appeared, Six and Six, and the cover followed the same format as the first album except that the front cover featured a grainy snapshot of a blank-faced young man. From this point on, Jandek would release at least one album a year (if not more), each following a similar visual template (with the blank young man often appearing in a variety of guises, leading many to believe it was Jandek himself) and offering more difficult, introspective sounds. While Corwood made no headway into record store distribution, the label would sometimes mail boxes of LPs free of charge to interested parties, and college radio stations and independent music zines were regularly serviced with Jandek's latest releases, leading to a mild but persistent buzz about the nearly invisible Texan.nnOver the years, interest in Jandek grew to the point that some listeners wanted to know just who this man really was, through the artist wasn't giving any clues; in 1999, Texas Monthly reporter Katy Vine spoke with a man from Houston she believed to be Jandek, though he refused to identify himself as such and didn't wish to discuss Jandek's music, though he was clearly familiar with it. In 2003, filmmaker Chad Freidrichs released a documentary about the musician, Jandek on Corwood, but while a "representative of Corwood Industries" cooperated with the production, there were no interviews with Jandek or onscreen signs of his active participation.nnOn October 17, 2004, at Glasgow, Scotland's Instal Festival (an annual event celebrating experimental music), a tall, slender man in a dark grey shirt, black slacks, and a fedora walked onto the stage and began performing with bassist Richard Youngs and drummer Alex Neilson. While the artist was not announced and he was not identified in the program, word quickly spread that Jandek had made his first documented live appearance at the event, which was later confirmed by fellow Instal participants. Corwood later released a live recording of the show, entitled Glasgow Sunday, and since then Jandek has made a handful of live appearances (most of which were announced in advance) in the United States and Europe, suggesting the most enigmatic figure in American music is has developed a new willingness to ever-so-slightly reveal himself to his audience. ~ Mark Deming