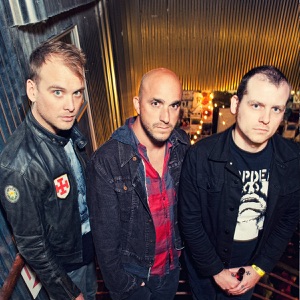 ORIGEN
Chicago, IL
FORMACIÓN
1997
Acerca de Alkaline Trio
Since the mid-'90s, punk trio Alkaline Trio have delivered urgent punk blasts with a dark, driving edge that helped them remain commercially viable without sacrificing their raucous spirit. Slowly ascending through the Warped Tour ranks into the early 2000s, they hit the Billboard Top 20 with 2003's mainstream breakthrough Good Mourning. They hit a peak with seventh set This Addiction, which topped the rock, alternative, and indie charts in 2010. Later that decade, after frontman Matt Skiba took a break to join blink-182, Alkaline Trio issued their ninth LP, 2018's Is This Thing Cursed? Formed by ex-Jerkwater and Traitors drummer Matt Skiba (vocals/guitar), former 88 Fingers Louie percussionist Glenn Porter, and Rob Doran (bass/vocals), Alkaline Trio were brought together in 1997 by heartbreak, angst, and the companionship of drinking. The original lineup issued a short EP, For Your Lungs Only, just prior to Doran's departure in late 1997, and Sundials followed one year later on Johann's Face Records. Slapstick's Dan Andriano climbed aboard to handle bass duties, adding a complementary voice and songwriting style to Skiba's that would soon become the group's signature dynamic. The three then started making a name for themselves in the Midwest with their emotion-fueled, angst-ridden, dark pop-punk. With this lineup firmly in place -- and with Skiba and Porter working as bike messengers to make ends meet -- Alkaline Trio made their full-length debut in 1998 with Goddamnit!, an album whose heartbreak tales and anti-cop rants earned a modest following.nnBoth Maybe I'll Catch Fire and a self-titled singles collection followed in early 1999. Glenn Porter left the band early the following year and ex-Smoking Popes drummer Mike Felumlee joined in his absence, making Alkaline Trio a three-piece again. Third album From Here to Infirmary arrived on the Vagrant label in spring 2001 and was their first to chart, barely entering the Billboard 200 at number 199. Home to tracks "Private Eye" and "Bloodied Up," Infirmary was followed by a split EP with Hot Water Music, wherein both bands contributed original tracks and covers of each other's songs.nn Mainstream breakthrough Good Mourning was released two years later, marking the band's first album with drummer Derek Grant (ex-Suicide Machines, Thoughts of Ionesco). Good Mourning fared well, peaking on the Billboard 200 at number 20 and topping the Independent Albums list. Featuring their first charting single, "We've Had Enough," Good Mourning also scored Alkaline Trio several spots on late-night TV and summer tours. Crimson followed in 2005 and prompted the band to return to the road that summer, both as a headliner and as an opening act for My Chemical Romance.nn As their ten-year anniversary approached, Alkaline Trio hit the road in 2006 with a set that emphasized material from their earliest releases, including an entire run-through of the fan favorite Goddamnit! By that fall, they'd also found a new home at V2 Records and began work on their next album, although label restructuring problems in January 2007 led to the band's dismissal from V2 before any material was released. That same month, Vagrant issued a CD/DVD compilation titled Remains, which rounded up B-sides and rarities, and the Trio used their downtime to secure a new home with Epic Records. They also worked on a new album, Agony u0026 Irony, which was released that summer and debuted at number 13, marking Alkaline Trio's highest chart placement to date. Lead single "Help Me" also became their highest-charting song to date, landing at number 14 on the alternative chart. Despite such success, the Trio left Epic's roster one year later and launched their own label, Heart u0026 Skull, which they used for the release of This Addiction in 2010. This Addiction peaked just outside the Top Ten and was notable for reuniting the band with early producer Matt Allison. The following year they released their eighth album, Damnesia, which featured acoustic renditions of some of the band's most beloved songs, as well as a pair of new tracks. In 2013, Alkaline Trio issued their eighth album, My Shame Is True, featuring production from the Descendents' Bill Stevenson.nnIn 2015, Skiba took a break from the band and joined blink-182 for the recording and promotion of their seventh album, California. He returned to Alkaline Trio at the end of 2017, opening a pair of pre-New Year's gigs with the Misfits. A concert video and LP box set, Past Live, arrived in early 2018, just a month before Skiba had throat surgery that kept him sidelined until the summer. Despite the setback, they recorded another album and embarked on a tour in August. Their ninth effort, Is This Thing Cursed?, arrived that same month. ~ Mike DaRonco u0026 Neil Z. Yeung 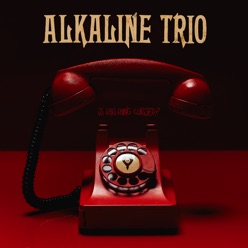 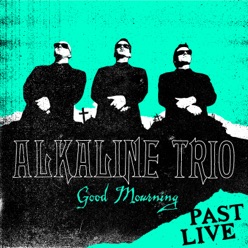 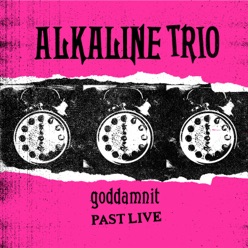