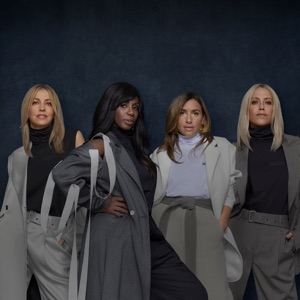 ORIGEN
London, England
FORMACIÓN
1993
Acerca de All Saints
When they debuted in the early '90s, All Saints were part of the popular British girl group wave kicked off by Spice Girls. While Spice Girls were all about girl power and character image, the All Saints were music aficionados with a softer, more sophisticated brand tied less to their looks and more to their music.nnThe group came together in 1993 when Melanie Blatt and Shaznay Lewis began recording and writing at a studio on All Saints Road in London's Ladbroke Grove. The duo hooked up with Ru0026B vocalist Simone Rainford and released a single for ZTT Records in 1995 before they parted ways with Rainford and were dumped by the label. Undeterred, Blatt and Lewis recruited native Canadian Nicole Appleton and, later, her big sister Natalie, to make All Saints a quartet.nnWith the help of friend Karl Gordon (formerly part of the British rap ensemble Outlaw Posse), All Saints recorded a demo of the song "I Know Where It's At." New manager John Benson signed the girls to London Records and connected them with top-flight producers Nellee Hooper (Massive Attack, Björk) and Cameron McVey (Neneh Cherry). Once finished, "I Know Where It's At" hit number four on the British charts and crossed over throughout Europe and Asia.nn By 1997, All Saints had reached the top spot with their second single, "Never Ever." The quartet released their self-titled debut album in November 1997, and began to grow in America as well, hitting the Top 40 with "I Know Where It's At." By 1998, All Saints was certified platinum in the U.S. and five-times platinum in the U.K., but rumors of a split in the group started to brew. Blatt was expecting her first child with Jamiroquai's Stuart Zender and gossip claimed she was leaving All Saints. Appleton was also rumored to have walked out on the band after the group failed to show up for the Smash Hits Poll Winners' celebration that year.nnIn early 2000, their William Orbit-produced single "Pure Shores" was included on the soundtrack to the Leonardo DiCaprio film The Beach. Countless festival shows across the U.K. also redefined All Saints' staying power despite their shaky unit. The long-awaited sophomore effort, Saints u0026 Sinners, was finally issued in October 2000, boosting second single "Black Coffee" into the charts, but trouble still loomed ahead. By the start of 2001, tours of Japan and Australia were canceled. Jealousy appeared to be the culprit because Lewis and Blatt were ill-disposed to the Appleton sisters' celebrity status, especially Natalie's relationship with the Prodigy's Liam Howlett and Nicole's with Oasis vocalist Liam Gallagher. In February 2001, the split was finalized. Blatt released her first single, "Twentyfourseven," in the summer and Shaznay Lewis was writing with All Saints producer K Gee. The Appletons were cutting material and making plans for a tell-all book. All Hits, a greatest-hits collection of singles and a limited-edition DVD, was issued in fall 2001, seemingly marking a bitter end for the All Saints.nn In January 2006, it was revealed that the quartet had reunited and signed with Parlophone. All Saints' first single in over five years, "Rock Steady," was released that November and hit number three on the U.K. singles chart. The band's third studio LP, Studio 1, was released just days later and debuted at number 40 in the U.K. The following year, the women parted ways with Parlophone and canceled another planned tour. Bolstering rumors of another split, the compilation Pure Shores: The Very Best of All Saints appeared in September 2010.nn After four years of silence, news of another reunion emerged when the band announced plans for a brief 2014 tour in support of the Backstreet Boys, as well as festival appearances. Reinvigorated, they quietly planned for a full comeback a couple years later. Still exhibiting a refined brand of dance-pop, the single "One Strike" arrived in February 2016. Written and recorded without the involvement of a record label, the full-length Red Flag was released in April. The band embarked on a nationwide tour later that fall in support of the album, with a setlist that featured old favorites as well as new material. They also returned to the road in early 2017 to open for Take That on their arena tour. That same year, All Saints returned to the studio to begin writing and recording their fifth effort. The release -- titled Testament -- arrived in the summer of 2018. ~ John Bush 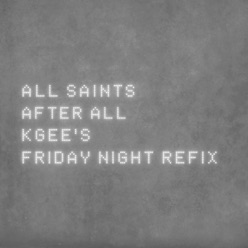 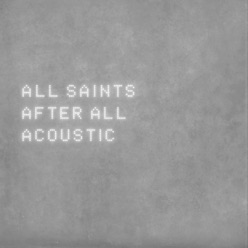 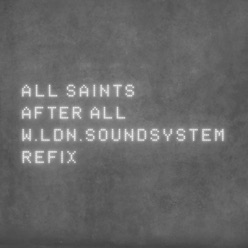