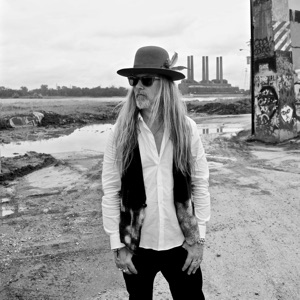 CIUDAD NATAL
Tacoma, WA
NACIMIENTO
18 de marzo de 1966
Acerca de Jerry Cantrell
Jerry Cantrell first came to prominence as a member of Alice in Chains, one of the prototypical Seattle grunge bands. With their 1990 debut Facelift, the quartet scored a surprise hit with the ultra-heavy "Man in the Box." Racking up hit albums like 1992's Dirt and 1995's self-titled release, the band rose to the top of the alterna-metal heap. Lead singer Layne Staley, however, couldn't cope with the pressure of their enormous success; he sank into substance abuse and died in 2002.nnOver the course of their career, the group has issued two successful all-acoustic EPs and one unplugged album, which focused primarily on the songwriting and arranging talents of Cantrell, whom fans found out had a very strong voice to boot. With the future of the band up in the air, Cantrell appeared as a solo artist on the soundtrack for the movie The Cable Guy, contributing the track "Leave Me Alone." After AiC opened for the first Kiss reunion show in Detroit in 1996, Cantrell began work on his very first solo album. He enlisted Alice drummer Sean Kinney and a revolving series of bassists -- including Alice's Mike Inez, Les Claypool, Fishbone's Norwood Fisher and Pantera's Rex -- and set out to record Boggy Depot with producer Toby Wright, who had previously worked with Alice in Chains and the Nixons. The record was finished by the end of the year and was released in the spring of 1998 to generally positive reviews. He supported the album as Van Halen's opening act on their summer 1998 tour. A long silence followed after his touring as he helped on a few Alice in Chains releases, including a box set and a greatest hits. He stepped back into the studio to record his second album, this time for Roadrunner Records, in the fall of 2001. He worked with Ozzy Osbourne's touring band on the album, which saw him trying to avoid guest appearances despite the high profile friends he could have counted on. Right before the album was ready to drop in 2002, tragedy struck as Layne Staley's body was found dead in his apartment. The remaining members of Alice in Chains went to a vigil in a Seattle park and released a mournful statement, but the incident did not stop Cantrell from pushing forward and releasing Degradation Trip that summer. ~ Greg Prato