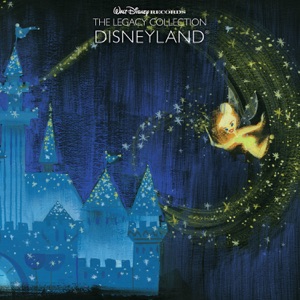 Acerca de Allie Wrubel
Pop and movie songwriter Allie Wrubel was most active during the late '30s and 1940s, and composed such hits as "Fare Thee Well, Annabelle" and "Zip-a-Dee-Doo-Dah." Born in 1905 in Connecticut, Wrubel was educated at Wesleyan and Columbia. His early work in the music industry included playing saxophone in dance bands and Wrubel got to perform with popular bandleader Paul Whiteman during this time. He then led his own band on a tour of Europe, followed by working as a theater manager. Wrubel got his first hit in 1931 with the song "Now You're in My Arms" and had many more during the early '30s, including "Farewell to Arms," "The Lady in Red," and "As You Desire Me." He began his movie songwriting career when he began working for Warner Bros. in 1934. Some of his hits during this time include "Happiness Ahead" (1934), "Gone With the Wind" (1937), "Music, Maestro, Please" (1938), "The Masquerade Is Over," and "How Long Has This Been Going On?" (1939). During the 1940s, Wrubel worked for Disney Studios, scoring such animated features as Make Mine Music (1946) and Melody Time (1948), and co-writing the hit "Zip-a-Dee-Doo-Dah" (1946). His final successful song for a film was 1960's "What Does a Woman Do?" Some of Wrubel's main collaborators were lyricists Herb Magidson, Mort Dixon, and Ray Gilbert. Wrubel is also a member of the Songwriters Hall of Fame. ~ Joslyn Layne