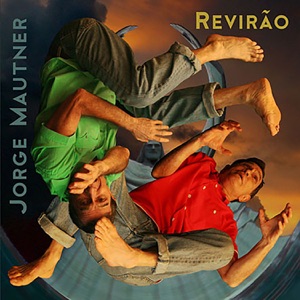 Acerca de Jorge Mautner
An important composer with solid ideas and a background in politics, philosophy, and poetry, Jorge Mautner influenced movements like the Cinema Novo and Tropicália. His compositions have been recorded by many artists -- Gal Costa ("Lágrimas Negras"), Wanderléa ("Ginga da Mandinga"), Gilberto Gil ("Maracatu Atômico," "Herói das Estrelas," "O Rouxinol"), Moraes Moreira ("A Lenda do Pégaso"), Elba Ramalho ("Sonho de Uma Noite de Verão"), Caetano Veloso ("Vampiro"), Zé Ramalho, Fagner, Vânia Bastos, Lulu Santos, Celso Sim, Chico Science, and others. At seven, he started to have violin lessons with his father. At 14, he began learning the mandolin, and later, the piano. Beginning to write in 1956 about his visions around a certain "Kaos," Mautner's texts inspired the genial Gláuber Rocha, creator of the Cinema Novo, and also influenced the inception of Tropicália. In 1958 he wrote "Olhar Bestial." His outsider profile was already evident in his first book, Deus da Chuva e da Morte, written in that period and not published until 1962. He also wrote Kaos, Narciso em Tarde Cinza, and Vigarista Jorge. In 1965, he released his first single ("Radioatividade" and "Não Não Não"), playing at São Paulo's bars and nightclubs. That single, together with the book Vigarista Jorge, provoked his exile, still three years before the institution of the AI-5, the presidential decree of censorship that revoked many civil rights in Brazil. Going to the U. S., Mautner worked at several jobs, including as a secretary for the American writer Robert Lowell. In 1969, he wrote, with Carla Bley, the eventual standard "Olhos de Gato." In 1971, he moved to London, England, where Gilberto Gil and Caetano Veloso were also exiled, writing "From Far Away" (with Caetano) and "The Three Mushrooms," "Babylon," and "Crazy Pop Rock" (with Gil). In the same year, he directed the film O Demiurgo. Returning to Brazil, Mautner recorded live his first LP in 1972, Para Iluminar a Cidade. With Nelson Jacobina, he wrote his biggest hit, "Maracatu Atômico," recorded by Gilberto Gil in 1973 with great success and re-recorded also with success by Chico Science e Nação Zumbi in 1996. In 1974, he participated, with Gil and Caetano, in a show in Salvador BA which was recorded and released as an LP. Jorge Mautner continues to record, perform shows, and write books. ~ Alvaro Neder 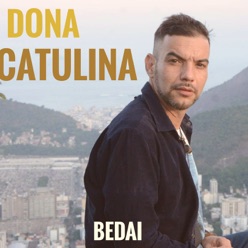 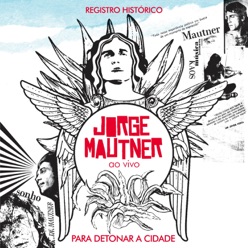