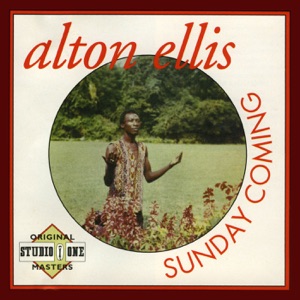 CIUDAD NATAL
Kingston, Jamaica
NACIMIENTO
1 de septiembre de 1938
Acerca de Alton Ellis
One of the first vocalists to enter the Jamaican music business, Alton Ellis was generally revered as the greatest and most soulful singer the country ever produced -- that is, until Bob Marley came along. Ellis had his first hit during the ska craze, but made his true lasting mark as the definitive solo singer of the rocksteady era. Sweet, smooth, and deeply emotive, Ellis was equally at home on Jamaican originals or reggae-fied covers of American Ru0026B hits. He cut a series of ska singles for Clement "Coxsone" Dodd's Studio One label, but reached his prime during the mid- to late '60s, when he recorded some of rocksteady's signature tunes for Duke Reid's Treasure Isle imprint.nnEllis was born in Kingston, Jamaica in 1938 and grew up in the Trenchtown area as part of a musically inclined family. As a youngster, he learned to sing and play piano, the latter often by breaking into a local youth center to practice by night. In his early teens, he teamed up with another singer, Eddie Perkins, to form the duo Alton u0026 Eddie. In 1959, after winning a prominent talent show, they recorded the single "Muriel," which became a substantial hit in Jamaica. Not long after cutting the follow-up "My Heaven," Perkins left to try a solo career in the United States, leaving Ellis a solo act.nnEllis recorded for Dodd's Studio One label during the early '60s, but made little money. Dissatisfied, he moved over to Reid's Treasure Isle in 1965, and formed a backup vocal trio called the Flames (the first incarnation featured his brother Leslie, and membership would fluctuate). Ellis quickly scored a major hit with the antiviolence plea "Dance Crasher," and the following year, he released what was arguably the first rocksteady single, "Get Ready - Rock Steady." Its innovative beat grew out of a session where the scheduled bassist didn't show up, forcing keyboardist Jackie Mittoo to play the bass part himself; Mittoo's left hand couldn't keep up with the frantic ska beat, so he elected to slow down the tempo. The result was a choppier rhythm that wound up allowing the vocalist to stretch out more, and soon the rocksteady sound had taken over Jamaican music, with Ellis leading the charge. He had several other major successes in 1966, including "Cry Tough" and the smash "Girl I've Got a Date," the latter of which became his biggest hit and signature song. He also cut several duets with Phyllis Dillon (making them Jamaica's answer to Marvin Gaye and Tammi Terrell), as well as his sister Hortense Ellis (including a hit cover of Neil Sedaka's "Breaking Up Is Hard to Do"). The classic LP Mr. Soul of Jamaica (later reissued on CD as Cry Tough) gathered many of his best Treasure Isle tracks.nnBy 1968, Ellis had resumed working for Studio One in addition to his output for Treasure Isle, making him one of the few singers to bridge the gap between the two archrivals. Most of his biggest hits of the late '60s came on Studio One, including the American soul cover "Willow Tree," "I'm Just a Guy," and "Sitting in the Park." In 1970, he released the album Sunday Coming, one of his strongest Studio One sets. Ellis later teamed with producer Lloyd Daley for a brief period, which resulted in the more Rastafarian-tinged hits "Lord Deliver Us" and "Back to Africa"; he also worked with Keith Hudson. However, he was still not receiving proper financial compensation for all his success. Disillusioned, he spent some time in the U.S. and Canada, then relocated to England on a mostly permanent basis in 1973.nnIn England, Ellis established his own Alltone label, which he devoted to both new recordings and compilations of his early classics. The international popularity of Bob Marley and the rise of roots reggae meant that Ellis' considerable legacy was soon overshadowed, but over time, he remained a fondly remembered pioneer of Jamaican music. He made triumphant returns to Jamaica with well-received sets at the Reggae Sunsplash Festival in both 1983 and 1985, and recorded a new single, "Man From Studio One," for Dodd in 1991. Numerous compilations of his work appeared during the CD era, illustrating his stunning consistency. ~ Steve Huey 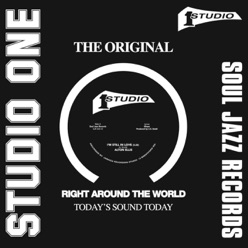 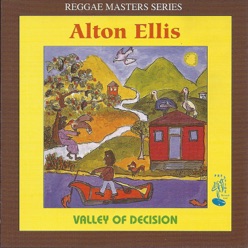 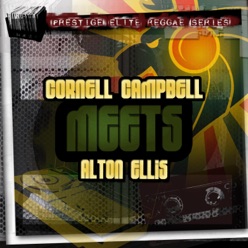