CIUDAD NATAL
Nebraska
NACIMIENTO
1972
Acerca de Josh Rouse
Known for his introspective folk-pop and worldly perspective, Josh Rouse has built a reputation as a critically-acclaimed and perennially reliable singer/songwriter. Although born in Nebraska, Rouse moved to various cities throughout his childhood and subsequent musical career, driven at first by his father's military career and later by his desire to take inspiration from different environments. He paid tribute to his birthplace on his 1998 debut, Dressed Up Like Nebraska, and later explored the influence of his adopted home state, Tennessee, with 2005's Nashville. Rouse later settled in Spain and explored the country's musical traditions, although his songwriting continued to exhibit the summery, rootsy appeal of his earlier work.nnAs a child, Rouse spent time in California, Utah, Wyoming, Nebraska, South Dakota, Georgia, and Arizona. Music was one of the few constants in a life filled with new towns, new schools, and new friends, and he took comfort in bands like the Smiths and the Cure. After receiving several guitar lessons from his uncle, Rouse began writing songs as an 18-year-old and molded himself into a skilled composer, eventually scoring a contract with the Rykodisc subsidiary Slow River. His debut album, Dressed Up Like Nebraska, was released in 1998 to widespread critical acclaim. He pulled up stakes shortly thereafter and resettled in Nashville, where he was befriended by Kurt Wagner, frontman of the chamber country group Lambchop. The two began writing together and issued a collaborative EP, Chester, in the fall of 1999.nn Rouse's second solo record, Home, appeared the following spring and was followed by Under Cold Blue Stars in 2002. He then launched a partnership with producer Brad Jones -- known for his work with pop artists like Marshall Crenshaw, Matthew Sweet, and Jill Sobule -- and the resulting album, 1972, was both an homage to the soft rock sounds of Rouse's youth and a deepening of his sound. Before the release of his next album, however, Rouse's marriage ended and he moved from Nashville to Spain. Released in 2005, Nashville served as a farewell to both the city and his marriage; it was also his most fully realized record to date, featuring Brad Jones' lush production and Rouse's poignant, nostalgic lyrics.nn Once in Spain, Rouse settled in the small seaside town of Puerto de Santa Maria and began writing songs shaped by his new surroundings. Jones eventually flew into town, and the two captured a relaxed and intimate vibe on 2006's Subtitulo. After the release of two EPs (Bedroom Classics, Vol. 2 and She's Spanish, I'm American, the latter of which was recorded with Rouse's future wife, artist Paz Suay), Rouse chose to handle his own production for 2007's Country Mouse City House and relocated to Valencia's Mediterranean coast.nnRouse's eighth studio album, El Turista, was released in 2010, a full five years after his relocation to Spain. Living abroad for half a decade had left an indelible mark on the songwriter, who sang several of the album's tracks in Spanish. Ironically, the bulk of El Turista was recorded in Nashville with Brad Jones, a move that only strengthened the globe-trotting appeal of Rouse's songwriting. For the 2011 release Josh Rouse u0026 the Long Vacations, the singer/songwriter drew from the AM radio sounds he grew up with, as well as present-day influences from his adopted home of Spain. His next album, 2013's The Happiness Waltz, jettisoned all the Spanish influences and returned to the sound of his early-2000s albums. After tumbling into depression and questioning many of his life choices, Rouse went into therapy, and his experiences informed his 2015 release The Embers of Time, which Rouse described with tongue in cheek as "my surreal ex-pat therapy record." Taking a different tack altogether, his next release bore the influences of thoughtful '80s pop acts like the Style Council, the Blue Nile, and Prefab Sprout. Lusher and lighter in touch than Embers, 2018's Love in the Modern Age favored warm synths over acoustic guitar and bore a distinctive New Romantic flavor. ~ Andrew Leahey 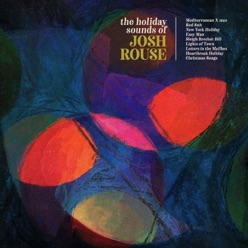 The Holiday Sounds of Josh Rouse
2019 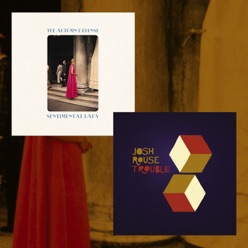 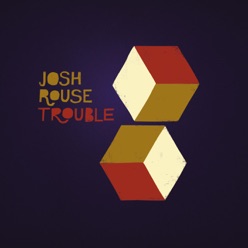