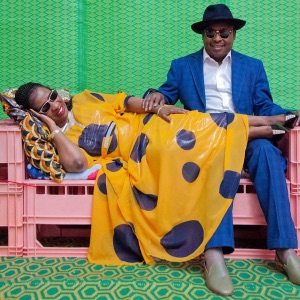 ORIGEN
Bamako, Mali
FORMACIÓN
1974
Acerca de Amadou & Mariam
A musical husband-and-wife duo who got their start in Mali, Amadou u0026 Mariam met in 1975 at Mali's Bamako Institute for the Young Blind. Amadou (born Amadou Bagayoko in Bamako in October of 1954) began his musical career in 1968, and by 1974 had joined Les Ambassadeurs du Motel, a leading group (which counted Salif Keita as a member) in his home country. He wound up at the aforementioned institute after becoming blind as a teenager through a congenital cataract. His future wife, Mariam Doumbia (born in Bamako on April 15, 1958), was already at the institute (she became blind at the age of five), studying Braille as well as teaching classes in dance and music. Over time, the pair would have a huge influence on the artistic programs at the school, with Amadou directing a group of pupils and Mariam handling lead vocal duties for the school orchestra.nn In 1980, the pair married and decided that they would make a good collaborative musical team. Over the next five years, they performed in their home country, and Amadou's solo career and work won him many accolades and awards. In 1985, the two toured out of country for the first time, with shows in Burkina Faso. In 1986, Amadou u0026 Mariam, realizing that Mali and its distinct lack of recording resources would be a major hindrance to their career, opted to move to the neighboring Ivory Coast. There they began to release a series of cassettes (with help from the Nigerian producer Maikano) that would become the foundation of their later successes. By 1991, the pair had released four volumes of their work on cassette, and the buzz was great enough that, in 1994, they were invited to Paris to perform and record new music there.nn Although the resulting sessions were never released, Amadou u0026 Mariam kept on, and in 1998 they released their first CD album, Sou Ni Tile. From 1998 to 2002, a series of releases highlighting their early work (both together and solo) preceded their next album, Wati. In 2003, world music luminary Manu Chao began to work with the couple, and in 2004 Amadou u0026 Mariam emerged from the studio with what was to be their landmark album, Dimance a Bamako. The success of the album led to tours, awards, and accolades from all over Europe and Africa.nn In 2005, they released a live album and DVD, and in 2007 got involved with Damon Albarn (of Blur and Gorillaz fame) and his Africa Express project, which played the famous Glastonbury Festival. That same year, Amadou u0026 Mariam performed at Bastille Day celebrations, as well as opening up for the American rock act Scissor Sisters in England. Released in 2008, Welcome to Mali featured guest appearances by K'Naan, Keziah Jones, -M-, Toumani Diabaté, Tiken Jah Fakoly, and Juan Rozoff, as well as production help from the aforementioned Albarn. The Magic Couple followed in 2009. The duo performed in Albarn's multi-artist Africa Express concerts, and, more recently, performed at the informal L'Afrik C'est Chic jam sessions with various special guests in London and New York.nn Together with longtime producer Marc-Antoine Moreau, they cut sessions for a new album in New York and Bamako, keeping the best tracks from each. The end result was Folila, issued in early 2012. The album featured guest appearances by Theophilus London, TV on the Radio, Nick Zinner of the Yeah Yeah Yeahs, and fellow countryman and ngoni master Bassekou Kouyate. A digital EP was released in January of that year, entitled Dougou Badia, as the album's first single. Over the next several years, the duo stayed busy touring, and appeared at festivals around the globe. In May of 2017 they returned with the single "Bofou Safou" from their eighth studio album, La Confusion, which was released in September of that year. ~ Chris True 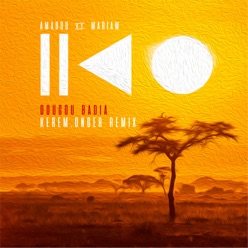 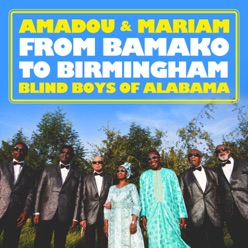 From Bamako to Birmingham - Single
2019 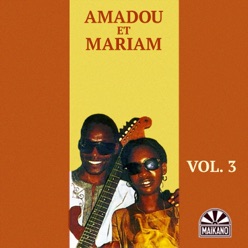